Ukrainian economy is not for “wimps” Let us recall that on January 14, MP Yurii Romanenko posted on Facebook an announcement that he had sent Elon Musk a proposal to consider building a Tesla Motors plant in Ukraine. After all, it has long been rumored that Musk wants to build Gigafactory 2 in Europe. “Why should we waste this opportunity to attract Musk in Ukraine?” Romanenko thought. The MP attached scanned copy of his message to the post. In particular, it states that “Ukraine has a powerful physical and mathematical school, it is one of the leading places in the world on quality of education, while having low taxes and wages compared to European countries.” In the same text, the MP mentioned for some reason the Ukrainian people’s struggle with the oligarchs, our endangered democracy, and Russia’s aggression, although these factors are more likely to scare off an investor.

The MP posted the letter on Facebook and called on people to share it to ensure that it reaches Musk.

The discussion of the post revealed different opinions: some approved of the idea, while others ridiculed the author’s English: “The idea is good, English is poor.”

However, we believe that one specific response to Romanenko’s initiative is very telling. It was this response, actually, that pushed us to prepare this material. Managing partner of the UNIVER investment group Oleksii Sukhorukov sent Musk a letter of his own, to friendly warn him what he should expect if he ever dares to accept the offer to come to Ukraine:

"Dear Elon Musk, should you really seriously consider the idea to invest in Ukraine and expect to ever recover your investment, note that you would need to open a so-called ‘investment’ account, and 65 percent of foreign exchange coming to it will be forcibly converted at an exchange rate that will be far from most advantageous. Repatriation of dividends is only allowed if they were earned no later than 2014, so you are out of luck already. Repatriation of capital is equally problematic. They promise to abolish restrictions on the movement of capital very soon, so you have a decade or so to ponder it. P.S. Sorry for not addressing you in English. Your mother tongue will only interfere with your efforts here. Be prepared to translate all documents into Ukrainian and certify them at a local notary’s office. Without this, you will be unable to open an account or get any investment funds credited to it. UPD: Another warning – non-residents cannot put money on deposits of less than one calendar year duration, and there are limited opportunities for hedging local currency risks. UPD2: Meanwhile, as you have probably already realized, we need investment very much. We have been waiting for it since 1993.

Maria Repko from the Center for Economic Strategy supplemented her colleague’s message:

"Dear Elon, keep in mind also that if you want to bring equipment/materials for your plant from abroad instead of buying it from Ukrainian producers, you will need to ask the National Bank of Ukraine (NBU)’s permission to buy foreign currency to pay supplier and wait several days until a bank buys it for you. And should you ever need to make a prepayment for some sophisticated equipment more than 120 days in advance, you will need to comply with the Ministry of Economic Development and Trade (MEDT)’s regulations as well, i.e., ask the MEDT’s permission for every single transaction, too. And if you somehow got foreign currency already sitting in your account (for example, because you had been amassing funds for another super-collider), they will not sell you any currency, as you will be expected to run down your funds first.” 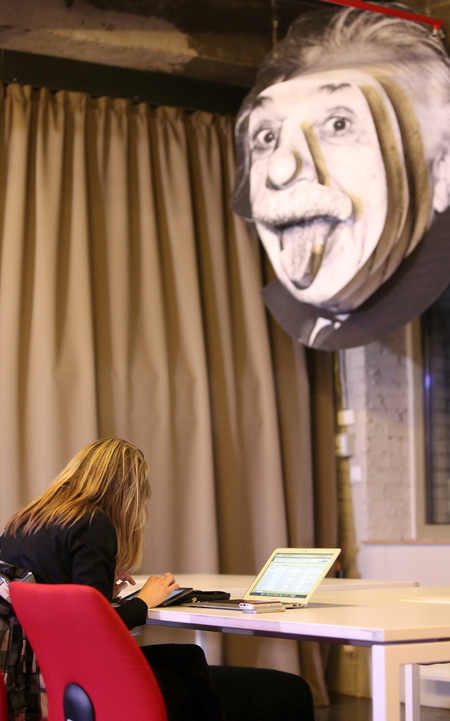 “And now to the ‘icing on the cake’: keep in mind that if balaclava-clad toughs come to your factory and say that it is their business and they will guard it, chances are that you will be caught up in litigation for one to five years,” owner of another IT company, who asked for anonymity, added in a comment for The Day.

The Bleyzer Foundation, an international NGO, polled US investors in 2016 on how they saw Ukraine as an investment destination. The study analyzed the main risks as seen by American investors evaluating investment opportunities in our country.

For many companies that operated in Ukraine, chief investment and business climate concerns included shortcomings in the legal and judiciary environment, corruption, and competition-averse financial sector organization.

The most problematic aspects were inefficient enforcement of judgments as well as their unfairness, biased nature, and selectivity. Other significant obstacles included poor protection of intellectual and physical property, unpredictable and sometimes inadequate business legislation, and the duration and cost of contract dispute resolution.

Corruption was considered the second most severe obstacle for doing business by 79 percent of the companies surveyed.

Within the corruption category, 98 percent of respondents pointed to malpractices in the judiciary that passed biased court decisions, which in turn were a significant factor causing serious problems for the whole enterprise.

Overall, 90 percent of the respondents were concerned about administrative corruption by government officials, who require extra payments and bribes.

A total of 68 percent of the respondents felt that private business corruption and corporate raiding constituted serious problems in doing business in Ukraine.

For 79 percent of the respondents the inability of the financial sector to provide reasonable domestic financing for working capital, trade, and long-term investments was considered to be the third most severe obstacle for businesses in Ukraine.

Inadequate macroeconomic stability, which had led to capital and operating losses caused by fluctuations in exchange rates and domestic prices, was considered a serious or severe obstacle by more than two-thirds of the respondents (69 percent).

Investors were worried about excessive foreign exchange hryvnia devaluation (calling out here to Valeria Hontarieva and members of the Cabinet of Ministers who argue that we should not care about the stability of the national currency), cumbersome tax administration system, and excessive domestic price inflation in Ukraine.

Regarding future expectations, 64 percent of the respondents felt that likely future inflation and devaluations constituted severe/serious obstacle for doing business in Ukraine.

Difficulties regarding cross-border trade and capital movements (i.e., ability to export goods easily and to import equipment and raw materials freely, or to invest easily with minimum impediments and repatriate capital and profits freely), were considered to be serious/severe obstacles by 68 percent of the respondents.

Within this category, the most serious/severe constraint for 87 percent of the respondents was the ability to move funds out of the country, such as for repatriation of capital and obtaining foreign exchange for their operations.

On the foreign trade side, the obstacles were not as severe, but nevertheless, cumbersome and expensive custom procedures, excessive import barriers and tariffs, and excessive, expensive, and time-consuming export documentation procedures, combined with a lack of organizational support, were listed by over a half of the respondents.

For 63 percent of the respondents, political risks and a negative country image were major obstacles for doing business in Ukraine.

Instability of the political system, with excessive rotation of officials, were identified as the biggest obstacles.

The total of 62 percent of the responses indicated concerns about the possibilities of social unrest due to war or uneven income distribution. On the other hand, serious/severe concerns about the risks of expropriations and nationalization were expressed by only slightly more than a third of the respondents. (Again, calling out to the NBU and the government’s allegedly super-successful decision to “nationalize Privatbank”!)

Overall, concerning the investors’ plans to invest in Ukraine, 40 percent of the respondents answered the experts’ question “Yes.” At the same time “No” was answered by 30 percent.

How has the Ukrainian government used these data, then, given the government officials’ repeated statements that in order to overcome the crisis, Ukraine needs 50 billion dollars in foreign direct investment? The Cabinet of Ministers initiated a ban on staff lay-offs at private enterprises and passed the new minimum wage level which requires them to raise wages... Well, it seems that their thinking is: we have waited since 1993, so we can wait some more.

P.S.  Still, some people did notice some positive developments related to courting potential investors in 2016. And it is nice that it concerned a high-tech industry. In particular, executive director of the IT Association of Ukraine Viktor Valieiev noted in his comments for The Day that in general, the past year saw a stabilization of the situation regarding attacks on IT businesses, “thanks to the industry’s systemic effort to reach out to law-enforcement agencies and leading politicians dealing with the development of the IT.” “Virtually no serious incidents involving the export-oriented IT industry occurred. Yes, there were some police searches, but they dealt with the use of public funds rather than the IT industry as such. Undoubtedly, it has discouraged many companies from entering the market of e-government solutions,” Valieiev said. According to him, the Association held a series of meetings with the leadership of the Security Service of Ukraine, Ministry of Internal Affairs, and the tax police, where a framework consensus on cooperation was hammered out. “The parliamentary hearing, organized by the Rada’s IT committee, was very helpful, as it established the need to protect IT businesses from attacks. Also significantly, the MPs passed in the first reading a bill to prohibit seizure of servers, and while it certainly needs substantial revision, the very fact of it passing reflects the parliament’s attitude to the issue. Also highly importantly, the Finance Ministry supported the industry’s demand to prevent critical changes in the law on sole proprietorship and the new Tax Code,” Valieiev said. 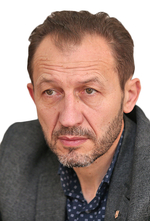 “Foreign investors’ fears have traditionally centered on Ukraine’s corrupt and inadequate judiciary, including its use by raiders to take over companies. Previously, foreign companies enjoyed some level of protection. Now, this applies only to foreign big businesses, because raids targeting them get embassies, diplomats, and even security services involved. This is the case with genuine foreign businesses.

“If it is actually a Ukrainian company which has been registered offshore, we often witness corporate struggle targeting other party’s assets. Such companies do not benefit from any ‘immunity.’

“Regarding fiscal conditions, in fact, many investors are satisfied with our tax rates for VAT, income tax, and the single social insurance contribution. The main drawback is the government’s failure to refund VAT, it is a tough problem that scares off foreign businesses. Firms have to pay kickbacks, and failure to do so makes one uncompetitive.

“Investors should also be ready to learn that information about low wages in Ukraine is exaggerated. That is, they are definitely low, but finding an English-speaking project manager or engineer for 300 dollars a month is impossible. Even 150 dollars which our unskilled workers get according to Ukrainian statistics, that level, too, comes with a qualifier: people who have not left the country and are satisfied with such compensation do not have sufficient qualifications, and those who have, either have left, or are looking for a well-paying job, including part-time ones.

“IT companies face the challenge of professionals leaving immediately after their three-year training ends, which thus serves essentially as pre-sale preparation before moving to the West. Still, entering Ukraine makes sense. In fact, if you take a chance and organize a business in any industry, with sales opportunities outside Ukraine and wages set at half of the European wage level at least from the very beginning, it is possible to knock together a fantastically qualified, ambitious, and aggressive young team. Next, one needs to get export credits from one’s home country, pass them as investments in Ukraine, insure exported equipment and exports to third countries at parent institutions’ expense, and one can become a multimillionaire very quickly, rather than waiting for decades to do it in what still is well-fed Europe. The Chinese will come here anyway, although they are not afraid of anything, because their investments are just part of the state-led expansion.”