Who was the occupier

or On our political legacy again Russia’s hybrid war against Ukraine has several dimensions. The aggressor is making use of not only weapons, but also humanitarian issues, such as, mainly, political and historical memory. Accordingly, a timely reaction and right accents are of great importance. Den/The Day has been writing about this for many years, in fact substituting the government in pursuing this humanitarian policy. We have always emphasized that Ukrainian statehood has ancient roots. Kyivan Rus’, the Principality of Galicia-Volhynia, the Lithuanian-Ruthenian State, the Cossack Hetmanate, the 18th-19th-century national liberation movement, the 1917-21 Ukrainian Revolution, and the dissident movement in the USSR were milestones in the making of and the struggle for an independent Ukrainian state.

Volodymyr Viatrovych, director of the Ukrainian Institute of National Remembrance, highlighted some key points the other day. The historian emphasized in a 5th Channel program: “It is important for us to say that the Ukrainian state is not something that happened accidentally in 1991. The Ukrainian state is the result of quite a long struggle of the Ukrainians for their independence. It is a major informational effort, and it needs to be reinforced. This will make it clear that present-day Ukraine is the UNR’s successor and explain what the Soviet period was really about. Politicians are more and more often making the statements that have long been heard from historians. I mean Soviet occupation, the establishment of a Bolshevik and then a communist occupation regime…” Viatrovych also pointed out that the 1991 Act of Declaration of Ukraine’s Independence does not need to be revised, but it would be better to speak of the restoration, not declaration, of Ukrainian independence. 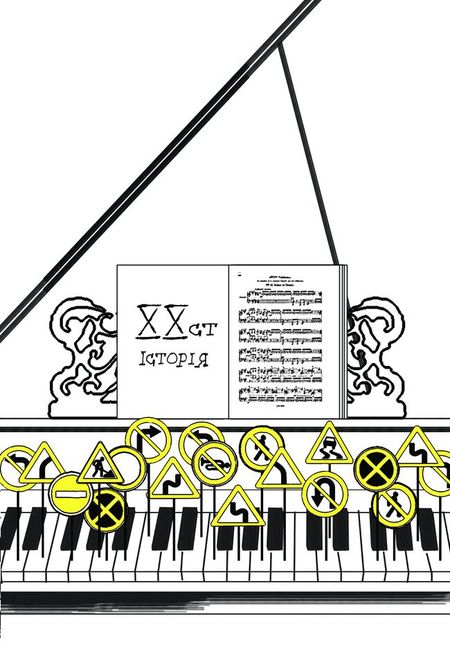 Moscow reacted immediately. “Speaking of this seriously, not only Crimea but a half of Ukraine should be returned to Russia because Kharkiv, Dnipropetrovsk, and the Donbas were not part of Ukraine before the establishment of the Soviet Union,” said Leonid Kalashnikov, Chairman of the State Duma Committee for the CIS, Eurasian Integration, and Links with Compatriots (ria.ru).

The Russian leadership always interprets history in its own, warped, way. Indeed, a number of territories, including Western Ukraine, Bessarabia, and Crimea, were made part of the Ukrainian SSR in the Soviet era, but Russian politicians forget, for some reason, that all these territories used to be part of the Ukrainian National Republic, the Western Ukrainian People’s Republic, Carpathian Ukraine, and Skoropadsky’s Ukrainian State, not to mention the earlier periods. Moreover, Ukraine once included some territories of today’s Russia, such as Kuban and western parts of Belgorod and Voronezh oblasts. Therefore, these Russian claims, particularly about Kharkiv, Dnipro or the Donbas, a part of which Russia occupied in the present day, are groundless.

But all the Russians are not the same. “Recognizing the whole period of Ukraine’s stay in the USSR as occupation is a very important, crucial step on the road of present-day Ukrainian nation formation. We, Russians proper, must accept and welcome this attitude unless, of course, we want to identify ourselves with the imperial Bolshevik power – all the more so that Red power was also occupational in respect of our primordial Russian lands,” Aleksey Shiropaev wrote on his FB page.

What do some well-known historians, lawyers, and politicians think of this? 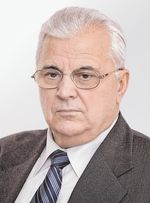 “It is a very difficult question whose successor Ukraine is. But in purely legal terms, there are signs of Ukraine’s occupation. We searched – painstakingly but in vain – for a document on the establishment of the USSR in 1922. No one knows who adopted and signed it. This means that no legal procedures were observed when the USSR was being formed. Secondly, no announced and signed documents were available in international organizations, including the League of Nations. In other words, the norms of international law were not observed either. So we cannot say that the world community recognized the formation of the USSR to any extent. Putting all this together, we will arrive at the conclusion that there are no juridical grounds to claim that Ukraine, as a state that had existed for a long time, legitimately and voluntarily joined the USSR. As for the current independence of Ukraine, there are all the relevant documents that provide a legal basis for considering Ukraine a state. I think there really were some elements of occupation in the Soviet-era Ukraine.

“Let me turn to my own life experience. When still a child, I saw several occupations. The first occupation was carried out by Poland, when Pilsudski gave some Ukrainian lands to his favorites. We called them ‘osadniks’ (‘settlers’). Then there was a Soviet occupation. The third occupation was German. The fourth occupation is what we can see now – the occupation of Crimea and a part of the Donbas. Let us be frank: if foreign troops come to our land and set up their order, this is called occupation.

“As for whose legal successor Ukraine is, it is rather a difficult question to me. The independent Ukrainian state was established in 1991. We sometimes hear some historians speak of the restoration of Ukrainian statehood. This immediately raises a question – restoration of which state? Which period should we refer to? If we ‘dig deep,’ we will see that our political subjectness spans for much more than 25 or 100 years. Then we should begin from the period of Kyivan Rus’. It would be a good idea to find this truth. But when we speak of the restoration of statehood, we should be clearly aware of what is to be restored. Even if this state was not within the present limits, it was a subject.”

“WHENEVER WE SPEAK OF RESTORING STATEHOOD, WE MUST REFER TO THE UKRAINIAN NATIONAL REPUBLIC” 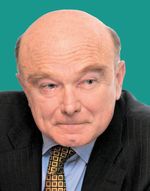 “Whenever we speak of restoring statehood, we must refer to the Ukrainian National Republic. Soviet quasi-statehood was not genuine statehood, although we seemed to have a constitution. But that constitution did not reflect [communist] party dictatorship. Soviet power was two-tiered – it was the rule of the party on the one hand and of the Soviets (councils) on the other. Dictatorship played the main role at the time. Gorbachev broke the link between the party committees and the Soviets. The Soviets thus gained sovereignty. Before that, party committees had been nominating candidates to the Soviets, although there was an outward imitation of free elections. The grassroots also gained sovereignty. Earlier, the grassroots had gained sovereignty after the downfall of autocracy, but they quickly lost it after the Bolshevik October 1917 coup, only to regain it in 1989, when the first free elections were held. The year 1990 saw the first free elections to the constituent republics’ Soviets. This triggered the collapse of the Soviet Union.

“There is one more point here. In the first years, Soviet power was totally occupational. Then there came some complicated and interesting processes, such as Ukrainization, when the Kremlin was trying to instill its authority in Ukraine. Those processes began to strip Ukraine of the signs of occupation. The government thus legalized the occupation. I fully accept this term. Soviet power finally took root in the early 1930s during the Holodomor. The liberation movement ground to a halt, only to revive when dissidents emerged. Therefore, governmental structures were nationalized, and it would be wrong to speak of occupation in the pure sense of the word in this case. As for Western Ukraine, the occupied status existed there until 1991. Western Ukraine is particular in that it lived under Soviet power one generation less than the other regions of Ukraine. This also had an impact on the 1991elections, when western Ukrainians in fact formed an anticommunist government.”

“SEVENTY YEARS OF SOVIET UKRAINE WAS NOT AN EMPTY VACUUM” 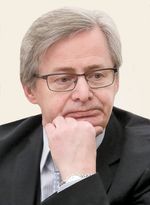 “The question of referring our statehood to the UNR or any other historical period is important in a historical and political context. But we should not consider the existence of the Ukrainian SSR as a historical hole that allegedly does not exist. Otherwise, we may in fact get lost in a maze without a way out. In 1991, when Ukrainians voted for their independence, they did not begin from scratch. There had been a long period of our formation. Seventy years of Soviet Ukraine was not an empty vacuum. The Constitution of the Ukrainian SSR was renamed as Constitution of Ukraine with a number of changes. Approaches to ownership were radically changed, but we must remember that the legal basis remained the same. When the current Constitution of Ukraine was being adopted in 1996, MPs were guided by the provisions of the previous constitution which says that a new constitution and amendments to it are to be passed by the Verkhovna Rada. In other words, we did not carry out a revolution but used what had been achieved before.

“As for the UNR, we should take into account how long it existed and how it was being established. There were a lot of controversial points there. From the very beginning, the socialists who formed the UNR were not for the full independence of Ukraine. Its first decrees spoke of autonomy within the Russian Empire and then the Russian Federation. Independence was mentioned in the last decree. So, when we refer to that period, we should also take public opinion into account. I don’t think Ukrainian society is taking an unequivocal attitude to this question. Even the Venice Commission affirms that the Soviet period of our history should be taken into account in legal terms.”

“WE SHOULD FIRST ANSWER TO OURSELVES SOME FUNDAMENTAL, BASIC, QUESTIONS” 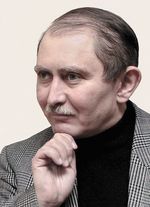 “Before accepting or rejecting the statement that 1920-91 were years of occupation in the history of Ukraine and, accordingly, such a quasi-state as the Ukrainian SSR was ‘occupational,’ we should answer to ourselves some fundamental, basic, questions:

1 Do we take into account all the states or quasi-state formations that existed on the territory of Ukraine (Kyivan Rus’, the Kingdom of Rus’, the Grand Duchy of Lithuania, the Cossack Hetmanate State, the UNR, Pavlo Skoropadsky’s Hetmanate, and the Ukrainian SSR (a crucial point!)), using and drawing the best of each of these institutions and learning their sometimes horrible experience, or do we let only politically ‘suitable’ pages into history?

2 What about the borders? Suppose the UNR borders are an alternative to the era of occupation – but they do not coincide at all with the borders of the current Ukrainian state. They are essentially more modest. Should we return this ‘difference’ to Russia, the successor of the empire? In the long run, the borders of Skoropadsky’s Hetmanate are incomparably more legitimate. (Incidentally, the hetman used to take effective measures to make Crimea and Kuban part of Ukraine.) This is an extremely difficult, delicate, and ticklish issue which must in no case be ignored.

3 If there was occupation, there inevitably were collaborationists (‘quislings’). Who was among them? Mykola Skrypnyk, Mykola Khvyliovy, Yurii Kotsiubynsky, or the ‘activists’ who would take the last food from their Ukrainian brothers in 1933, or Petro Shelest, Maksym Rylsky, Oleksandr Dovzhenko, Mykola Bazhan, who had to be loyal, at least outwardly, to the regime in certain (sometimes long) periods? And Mykola Amosov, Oleh Antonov, Viktor Nekrasov, and other prominent ethnic Russians – were they ‘occupiers’? And what is more, would the occupation have been possible without support from at least a part of Ukrainian society?”