What do Ukrainians know about NATO? The Ilko Kucheriv Democratic Initiatives Foundation held a news conference jointly with the Foreign Ministry’s Civic Council on September 11 in Kyiv. Its topic was “What Do Ukrainians Think and Know About NATO?” Among other things, those present heard an analysis of polls. After Russia invaded Ukraine in 2014 and occupied a part of its territory, Ukrainian public opinion became noticeably more NATO-oriented. This and the fact that Ukrainians had been brainwashed into seeing NATO as the number-one enemy for decades. Even in independent Ukraine there was a slogan that read “We Don’t Need NATO!” after the administration adopted the so-called multi-vector policy. Behind that policy was a process that was ruining our nation-state. That policy and, later, Ukraine’s non-bloc status did not protect our country against Russia’s aggression. The West began to regard Ukraine as Moscow’s post-Soviet satellite. The Ukrainian territories bordering on the Russian Federation were thoroughly Russified and brainwashed by Kremlin propaganda, so the number of local negative responses to the possibility of NATO membership is not surprising. The important question is: How will Ukrainians in Donbas react to Ukraine’s NATO membership?

There are several scenarios and a short digression into recent history seems in order. During that news conference, I found myself thinking back to the year 2002 when NATO Secretary General George Robertson and RNBU [Ukr. acronym of the National Security and Defense Council of Ukraine – Ed.] Secretary Yevhen Marchuk visited Donetsk. George Robertson was of Scottish parentage and had lived in a coal miners’ region. He took close to heart the disaster at the Zasiadko Mine. He went to the local church... but what was most important, his visit to Donbas was a friendly gesture, a signal of support. And the fact remains that there were no rallies of protest. In other words, the local attitude to NATO was calm. It is a factor that can hardly be assessed by using poll results. 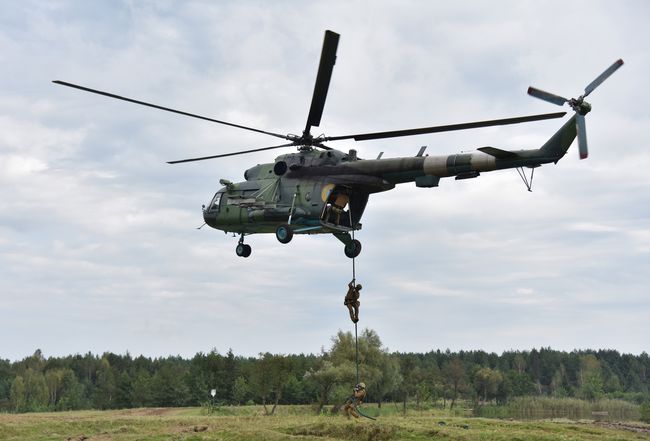 What was there to turn public opinion against NATO as Ukraine’s only chance to ensure its national security? The presidential campaign. Leonid Kuchma had to secure his influence and wealth. This hardly needs explaining, considering that Vladimir Putin said in an interview that Leonid Kuchma had asked him to support Viktor Yanukovych during the 2004 campaign. After Leonid Kuchma met with Vladimir Putin in 2004, NATO membership was deleted from Ukraine’s military doctrine. This would eventually cost Ukraine thousands of KIAs, tens of thousands of wounded, crippled, and territories lost.

Back to official statistics. Since 2014, most Ukrainians have been in favor of NATO membership as the best way to ensure Ukraine’s national security. In August 2018, almost 42 percent respondents said NATO membership was the best way for Ukraine. This doubtlessly suffices to call a referendum. A number of experts say that a referendum would be the best way to demonstrate to the West Ukraine’s preparedness to join the collective security system. However, there are Russia-occupied territories where the holding of an election or referendum is impractical. Ukraine is at the legal crossroads. Official Kyiv hasn’t appointed its NATO representative. During meetings with NATO officials behind closed doors in Brussels, some of them frankly wondered about Ukraine’s desire to become a member of the Alliance. Also, we see that the most pressing issues are once again placed on the official agenda as part of the canvassing campaign preceding the next election here. 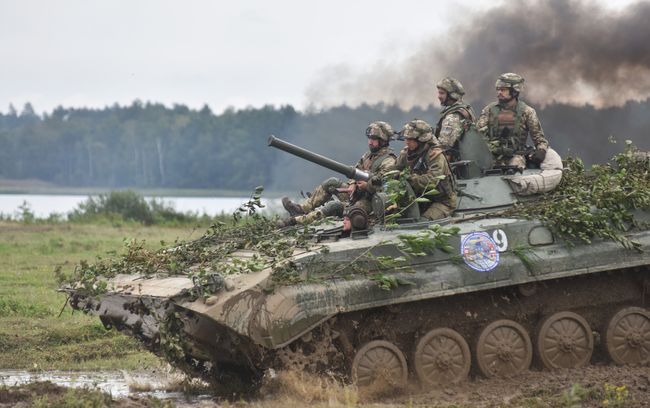 The big question remains: Should NATO membership be made an amendment to the Constitution of Ukraine? The alarming aspect is that no amendments can be made to the Basic Law when the country is in a state of war. In other words, any legislative initiative in this respect would serve to level off the fact of Russia’s aggression against Ukraine. Also, should any amendments be made to demonstrate to NATO Ukraine’s preparedness to join the Alliance? One is reminded of the notion of political will.

Barbora Maronkova, Director, NATO Information and Documentation Centre, Kyiv, Ukraine, said during the news conference that the detailed Democratic Initiatives report was very instrumental, that it allowed to understand what Ukrainians know about NATO; that knowing about the myths relating to NATO helped her team to better prepare information programs. One such myth is about NATO as an aggressive imperialistic bloc (according to 37.9 percent Ukrainian respondents). Ms. Maronkova added that she would like to see the results of other polls, that she expected Ukrainians to realize that NATO is a political and military alliance; that this would require cooperation with the Ukrainian government, parliament, civil society, and the media.

By Valentyn TORBA, The Day. Photo by Pavlo PALAMARCHUK