The Christian Democratic Union (CDU), led by Chancellor Angela Merkel, the Christian Social Union (CSU) and the Social Democratic Party of Germany (SPD) have recently achieved a breakthrough in the talks on the formation of a new coalition in Germany. According to the DW, politicians discussed the 28-page document for more than 24 hours.

“We have to react faster when it comes to political decisions and talk more with the citizens. The world is not waiting for Germany. We need a new breakthrough for Europe, therefore we will try to find new solutions together with France,” Merkel was quoted as saying by the CNN. Meanwhile, the SPD leader Martin Schulz confirmed that there were “turbulent moments” during the talks, but said negotiators “never faced the risk of failure.”

The Financial Times publication wrote: “The section on the future of the EU lays out the biggest push by Germany towards continental integration since the Maastricht Treaty a quarter of a century ago.”

“BOTH SIDES INTEND TO PUT THE EUROPEAN POLICY FIRST”

Svitlana HUTSAL, an expert at the National Institute for Strategic Studies: 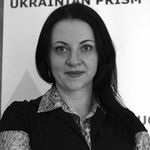 “Both sides intend to put the European policy first. Even Foreign Minister Sigmar Gabriel said in a recent statement that it had been a mistake to treat Europe as a secondary matter in the coalition agreement of 2014. Now they plan to focus on the development and thorough reform of Europe. In addition, they want to consider in more detail the proposals of the French president.

“The coalition talks proper will start only after January 21, and only if the special congress of the SPD approves them. For now, the mood in Germany is a little bit pessimistic, because there is a growing protest movement within the party asserting that a grand coalition will only harm the Social Democrats in the future and calling for a vote against it.

“Regarding what Ukraine should expect from it, I would have said earlier that it would preserve the status quo for us at best. But we have just had an unexpected visit of the German foreign minister, Social Democrat Gabriel to Ukraine on January 3-4. His messages would have inspired anyone lacking in-depth knowledge of this situation: he advocated the deployment of an armed peacekeeping contingent throughout the occupied territory of the Donbas, but in view of his previous statements, there is an obvious desire to promote the lifting of sanctions from Russia behind it all. What price we will have to pay for this decision, and what concessions Ukraine will have to agree to, is another big question.

“Therefore, I do not share the euphoria that dominates here with the creation of each new coalition in Germany, as people say that it is very good for Ukraine and that Germany will help us. Germany needs a ‘success story,’ and it will now promote a policy aiming at peaceful resolution of the conflict, even if Ukraine will have to make significant concessions for it.”

Andre HARTEL, the DAAD Associate Professor at the NaUKMA: 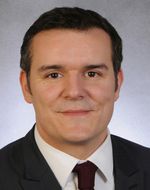 “First of all, there was nothing particularly unexpected about these preliminary talks on the formation of a coalition (formal talks have not yet taken place). The document agreed by the parties as of now is very superficial, especially with regard to foreign policy (neither Russia nor Ukraine are mentioned). Its key parts are the agreements on the establishment of the upper annual limit for refugee admission, some welfare issues (supplementary pensions for mothers) and EU policies.

“Both parties get criticized within the country for failing to offer a real vision, many people are expecting more of what we have now and a certain stagnation. Liberals criticize the cash-rich government for avoiding any tax cuts, but simply wanting to spend more instead.

“Things are becoming even more problematic for the SPD. One just cannot see where they have achieved their negotiation goals (for example, they will not introduce a single social security system), and it is still doubtful whether party members will be able to agree to the outcome of the coalition talks. Emmanuel Macron’s EU policy proposals are welcomed by both sides, but their visions do not seem to be fully consistent with his key proposals for providing the Eurozone with its own budget or appointing an autonomous finance minister. Both sides are afraid that the Germans are not yet ready to keep assuming liability for joint debts in the Eurozone and provide real macroeconomic powers to EU institutions.

“As for Ukraine, the inclusion of the SPD in the coalition is crucial, as the party leadership seems to be striving to restore relations with Russia as soon as possible, with the only condition for lifting sanctions being a working truce in the Donbas or a UN peacekeeping mission. This will put pressure on the Minsk format, for example, it seems that Macron faces a lot of internal opposition to his firm stance as well (including from his foreign minister). The most important moment for Ukraine now is that the electoral cycle in Europe is over, and most likely, Merkel will again become chancellor. She will not compromise on her firm stance (full implementation of the Minsk Agreements before lifting sanctions) and will marginalize any foreign minister. The Merkel-Macron tandem may soon become active and increase joint pressure on Vladimir Putin. It will be interesting to see what happens to the EU’s common position when the UK and Poland, given its isolation in the EU, have a smaller share of influence than two or three years ago. Instead, the enemies of Ukraine or friends of Russia have become more open (Hungary, the Czech Republic, Italy and, to some extent, Austria), and this may lead to a somewhat moderate attitude towards Russia emerging in general. I am just afraid that under such conditions, we cannot hope for a decisive pressure to be exerted that will really force Russia to make concessions.”