“The main thing is that you come across good people”

Yurii Fomenko on his fact-finding, environmental, and even technological bicycle rides across the Dnieper region Yurii Fomenko needs no special introduction to our readers. He is a former ATO fighter and Den’s regular reader and friend. An agrarian by education, he works now in the Dnipro mayor’s team as manager of the Zelenbud communal enterprise. Yurii is sincerely in love with his native land’s nature. He also likes cycling, which is not so typical of an official. Thousands of people read in Facebook his poetic essays and photo reportages on his own cycling tours of Dnipro’s outskirts. Frankly speaking, very few can see so many interesting things in the Dnieper region’s commonplace landscape. In his notes, Ukraine’s ancient history, present day, and picturesque nature merge organically and look like a comprehensive whole.

Mr. Fomenko, you regularly post poetic photo reportages on your bicycle rides across the Dnipro outskirts in Facebook. Are these travels sport or local history studies?

“Traveling is part of my life, a particular way of learning new things, a method of psychological relief. It is a change in my everyday environment. And, undoubtedly, it is a sport that keeps me physically fit. But it is also a time for reflections. It helps me escape from the city’s informational stream which always puts a strain on people and does not enrich them mentally or spiritually.” 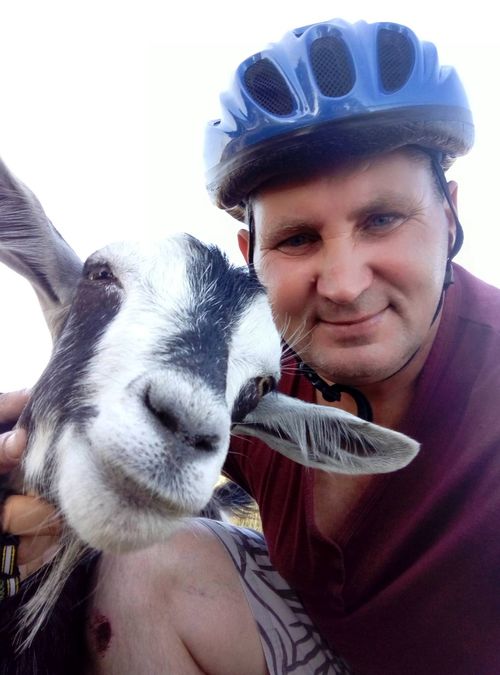 You usually come across picturesque natural objects, historical sites, or even residential places of interesting people. Do you map out the itineraries of your cycling tours well in advance?

“Whenever I plan a cycling tour, I always set a thematic goal and study preliminarily the objects on my way. These travels can be thematically related to local history, the environment, or even technology. Mingling with people is an integral part of them. Valerian Pidmohylnyi once wrote: ‘The brighter our impressions are, the more interesting our life is.’ Let me give you an example of some tours of Dnipro’s southern outskirts. From the angle of literature, it is the places where Pidmohylnyi and dissident poet Ivan Sokulskyi lived and worked. Before and after the journey, I reread what they wrote about or in our city. I find some parallels and descriptions of the well-known localities. From the angle of local history and culture, it is the historical sites of the Ohrinskyi peninsula. Their history ranges from the foundation of Peresichen, the capital of the Uliches, to the war exploits of Cossacks under the leadership of Ivan Sirko.

“I also take interest in bicycle tours for environmental reasons – I watch manmade challenges from the Dnieper Thermal Power Plant. I also care for my native land’s botany – the Samara-side and Dnieper-side gullies with their steppe flora. During one of my rides, I even found the steppe cherry-tree Henryk Sienkiewicz described in the novel With Fire and Sword. I recalled the novel’s following lines: ‘Oh, look, my master!’ Jendzian cried out suddenly; ‘the sun is roasting, but snow lies on the fields.’ Skrzetuski looked, and indeed on both sides of the river, as far as the eye could reach, some kind of a white covering glittered in the rays of the sun. ‘Hallo! What is that which looks white over there?’ asked he of the pilot. ‘Cherry-trees!’ answered the old man.’ And I could see it myself.

“I am launching a new thematic series of bicycle tours – small rivers on the outskirts of our city. For example, I traveled down the banks of the river Maiachka the other day. I had explored the upper reaches in the previous trips, so I went to the river’s middle and lower parts. Local residents explain its name as follows: it flickers [‘maiachyt’ in Ukrainian. – Ed.] all the time, i.e., it is periodically full and empty of water. There is also another plausible version: in the Cossack era, there was an earth embankment on a hill in the upper reaches of the river with a wooden structure that served as a lighthouse [‘maiak’ in Ukrainian. – Ed.]. This is why the river was named Maiachka. It begins to flow near the village of Ilarionove, Synelnykove raion, from a small water spring. It runs through the Ihren residential neighborhood of our city. Its bed is a shallow ditch usually filled with atmospheric precipitations. It is 14 km long. It almost runs dry in the summer, but the little springs that feed the downstream ground provide pastures and haymaking areas with water.” 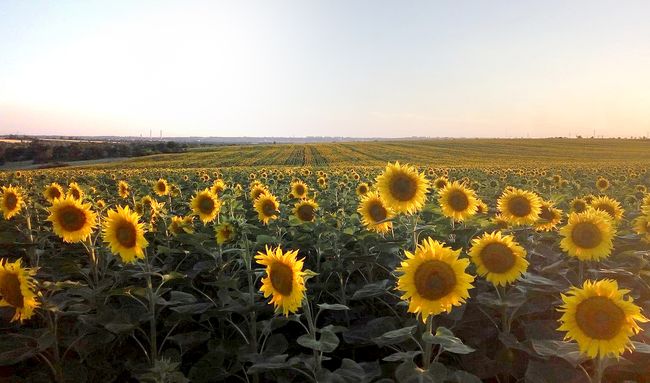 What routes do you think are the most interesting?

“I think it is the Dnieper rapids and banks. You seem to be traveling across the pages of books by our historian Dmytro Yavornytsky. Yevhen Chykalenko used to write: ‘To walk over the Dnieper rapids together with Yavornytsky means to sink into the past and imagine Zaporozhian life in every detail.’ And, in general, I like traveling outside the city, on the outskirts, in the steppe – where I can learn what I haven’t known before or find answers to the questions that have long worried me. I like traveling to where uncommon people and unexpected events occur. I want to know more and listen, rather than speak, to the people I come across. And, believe me, the person I meet in the steppe is often a much more interesting interlocutor than a city dweller separated from nature. The social network of one who lives outside the city or on its outskirts comprises the steppe, the sky, work, plants, a river… And my observations show that the city doesn’t speak much – it moves. The urban social network has entirely different components.”

For how many years have you been cycling across the Dnipropetrovsk region? Do you have any friends who join you?

“I’ve been traveling on a bike not as long as by car. These are totally different travels. Both have advantages of their own. Riding a bike, you come to know some things more in detail – you become an integral part of nature. Yes, I have friends who have long been traveling and are now a role model for me. For example, it is Valerii Harahuts, a person of diverse interests. There are friends, such as Yevhen Zhyrko and Denys Kosenko, to whom he is as much a role model as he is to me. But there are also those who began to be keen on cycling, looking at us. When traveling, you can come across all kinds of bike riders – priests and scientists, businesspeople and teachers. It a subculture now.”

Is cycling a popular sport in Dnipro and how do you think it is developing?

“I will mostly speak about not sport but about those who like riding the bike. There are more and more people you come across on your way. They ride singly, in teams, and in families. And it is no longer a rarity that travelers you bump into ask you if there’s something interesting on the way and what they should pay attention to. Or they ask directly the way to the objects they’d read about before the journey. In general, the road is like life itself – sometimes smooth, sometimes downhill or uphill, or over the obstacles. The main thing is that you come across good people on your way – the more, the better.”