“Den is developing and prompting its readers to do the same” There are traditions that remain unchanged for years. Leopolitans know: there is bound to be a fresh issue of Den at newsstands and in their mail boxes tomorrow. And, likewise, they expect Den’s photo exhibit to visit their city in the spring.

This year Den’s Days in Lviv began on May 31, the last day of spring. It is the continuation of an intellectual marathon – after Kyiv, the exhibit of the best pictures of Den’s 19th International Photo Competition visited Kharkiv, Dnipro, Pryluky, Vinnytsia, and Lutsk.

In the City of Lion, Den’s Days traditionally started at the main building of the Lviv Polytechnic National University. Interestingly, it is the 10th exhibit at this university, for Den’s pictures were first exhibited as far back as May 15, 2009. This year Den’s Days are being traditionally held under the auspices of Lviv Polytechnic’s International Institute of Education, Culture, and Relations with the Diaspora and the Lviv Oblast State Administration.

“IT IS NOT JUST PHOTOS BUT PICTURES CHOSEN BY TIME, SEEN BY TALENTED PEOPLE, AND WARMED WITH LOVE AND HEART”

Den’s editor-in-chief Larysa IVSHYNA said in her introductory speech at the opening ceremony: “I always offer you a new national idea – identity and modernization. We remember our important things and learn from the rest of the world. We are modernizing ourselves and showing our youth great dynamism combined with the most valuable things we have. It is only natural that Lina Kostenko once said, commenting on our photographs, that it is not just photos but pictures chosen by time, seen by talented people, and warmed by love and heart. They need frames. And the cultural, architectural, and humanitarian space of Lviv Polytechnic is one of the most luxurious frames for this kind of works – heartfelt and having a great potential. 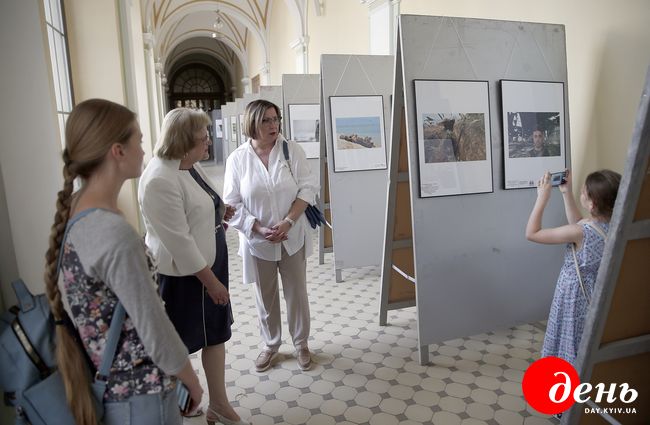 “It always moves me to see the way people react to these works. There are a lot of Den photo correspondents’ works, as well as works by other talented professionals, here. But our photography competition has always had the slogan: ‘Those who win here are the best, not just our guys.’ They will only be ‘our guys’ when they are the very best. We offer this ‘elevator’ to the entire country – as a remedy against closed communities, protectionism, and excessiveness. We are showing that the country is full of talents. Simply, the ‘bottleneck’ is too narrow to let them all blossom.” 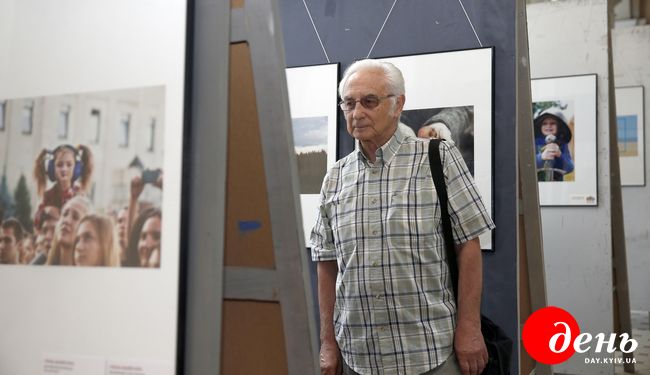 Among those present at the photo exhibit opening were Yurii Bobalo, Rector of the Lviv Polytechnic National University; Iryna Kliuchkovska, Director of Lviv Polytechnic’s International Institute of Education, Culture, and Relations with the Diaspora; Marianna Vilshynska, Chief of Staff at the Lviv Oblast State Administration; Andrii Moskalenko, Deputy Mayor in Charge of Development; Roman Yatsiv, Professor of Art History, Pro-Rector of the Lviv National Academy of Arts; Tetiana Verheles, Editor-in-Chief of IA ZIK; and Lev Skop, artist and volunteer.

Immediately after the opening, Lviv Polytechnic hosted a traditional debate and dialog with Ms. Ivshyna. The theme of the meeting was “National dialog: traditional actions of Den’s Days in Lviv, results of Den’s educational projects.”

By Dmytro PLAKHTA, The Day, Lviv. Photo by Ruslan KANIUKA, The Day