A step towards the Baltic-Black Sea “belt” of security

As Ukraine marked the 25th anniversary of the referendum, the region’s ex-presidents gathered in Kyiv to discuss the formation of a new political platform December 1 is the point of the Soviet system’s bifurcation. On that day the Ukrainian people proved with 90.32 percent of the votes that they aspired for independence. The voting results were a great surprise for the Soviet elite, something unbelievable and undesirable. But this triggered a chain reaction – the Soviet Union had no future without Ukraine. The Belavezha Accords and the Alma-Ata Declaration were signed on December 8 and 21, respectively, and the United Nations Organization recognized the participants in the Belavezha consensus as its full-fledged members on December 23.

Twenty five years later, Kyiv saw an unprecedented event. On December 1, 2016, Ukraine hosted statesmen from the Baltic-Black Sea “axis” countries to discuss a joint geopolitical strategy in the future. As part of the establishment of the International Center for Baltic-Black Sea Studies and Consensus Practices, there was a forum of the region’s statesmen, including Leonid Kravchuk, Viktor Yushchenko, Valdis Zatlers, Stanislav Shushkevich, Petru Lucinschi, and Gennady Burbulis.

The newspaper Den was the forum’s exclusive informational partner.

The idea of an integrated association of Eastern European countries within the limits of an imaginary Baltic Sea – Black Sea geographical axis has long been toyed with. It was first formulated as far back as the early 19th century by the Polish intellectual Jerzy Czartoryski. Yet the concept of a Baltic-Black Sea alliance, or the so-called Intermarium, as a confederation of states from the Baltic to the Black and Adriatic seas, assumed a clear geopolitical shape in the modern era after the end of World War One and the disintegration of great European multinational empires. 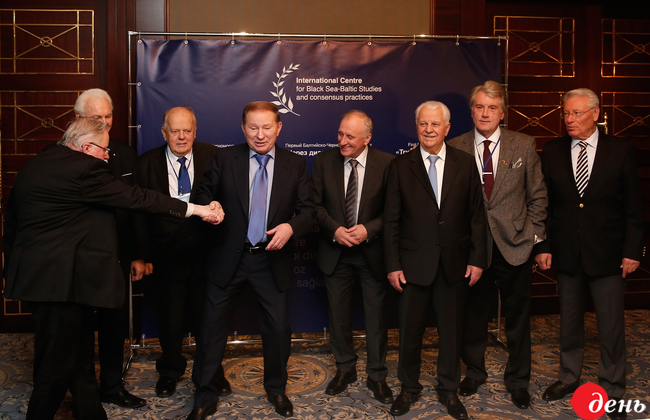 According to Jozef Pilsudski’s concept, a number of Central and Eastern European countries (Poland, Czechoslovakia, Hungary, Rumania, Yugoslavia, Moldova, Latvia, Lithuania, Estonia, Belarus, and Ukraine) were to form a bloc of partner states “from sea to sea” as an alternative force in Europe in counterbalance to Russia and Germany. The idea of this alliance was also actively endorsed and further developed by Ukrainian intellectuals, such as Yurii Lypa, Stepan Rudnytsky, Mykhailo Hrushevsky, and, much later, Viacheslav Chornovil.

In 2015, the idea of forming a Baltic-Black Sea alliance was given a new lease of life by Poland’s newly-elected President Andrzej Duda. Now that there are real dangers and a “hybrid” war is going on, there is a particular need in cooperation between this region’s countries. The delay in Ukraine’s admission to the EU and NATO causes us to seek allies for defending our independence and sovereignty from Russian aggression. Such potential allies are, above all, Poland, Lithuania, Latvia, Estonia, Romania, Moldova, and Georgia, which, like Ukraine, were more than once falling victim to the imperial policy of tsarist, Soviet, and Putin’s Russia. Among the advantages of a Baltic-Black Sea alliance are a favorable geo-strategic and compact location of the Intermarium countries at the intersection of transport and energy corridors, mutual complementariness of the economies, longtime historical contacts and cooperation, and similarity of ethnic mentalities, world-view, cultural, and civilizational principles. 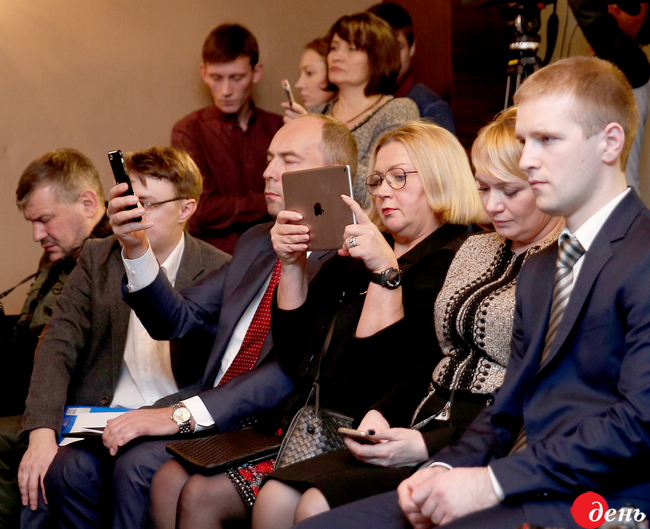 NATURALLY, THE MEETING OF SUCH NOTED EX-PRESIDENTS IN KYIV AROUSED INTEREST AMONG THE MEDIA AND EXPERTS

“With due account of the increasing global and regional challenges and threats as a result of the systemic crisis at the turn of the 21st century, we see a long-felt need in the new ways and means of dialog, confidence, mutual respect, and consensus,” says the joint declaration signed by Burbulis, Walesa, Zatlers, Kravchuk, Kuchma, Landsbergis, Lucinschi, Ruutel, Shushkevich, and Yushchenko.

The topics under discussion were, first of all, about the security aspect of and attitude to the Minsk Agreements and resolution of the armed conflict. “Who does the end of the war depend on? I often say: on the Lord God and Putin,” Leonid Kuchma said eloquently. It was peculiar to hear this from a person whose actions, mostly during his presidency, eventually brought Ukraine to the current state of war. What is more, he compared Putin to God. And who signed on behalf of Ukraine the Minsk Agreements which have in fact driven this country into a tight corner? Not Kuchma? In general, Kuchma’s behavior at this forum was brazen and arrogant (incidentally, he left the forum before the others). When, for example, Petru Lucinschi said that “Moldavians want to go to Europe but favor good relations with Russia,” Kuchma livened up and began to joke in his inimitable style: “Look how foxy the Moldavians are, for we thought it is we [who want to do so].”

Leonid Kravchuk emphasized in his turn: “I hope our initiative will allow us to put across, also to the president of Russia, a new look at things. The main goal of our institution is to reach out to him.” But, in reality, only the strong will be heeded. So far, the current leadership of Ukraine is pursuing a trailing rather than a preemptive tactic. If the declared initiative delivers the goods, we will only welcome this.

Asked about the danger of Russia to the Baltic countries, Vytautas Landsbergis said: “We are all afraid of the revanche of those who lament prison. They are not just ‘lamenters,’ they are ready to act aggressively.” Arnold Ruutel stressed the decisive attitude to the question of independence from Moscow and, particularly, the role of the Baltic countries on this path of solidarity and cooperation. “After the Belavezha Accords, something went awry. The empire was destroyed but imperialness was not,” Gennady Burbulis said. “Imperialness is a malady, slavery for the majority, and impunity for the tops.” Compared to the others, the Baltic representatives and Burbulis looked most dignified and intellectual.

Asked by Den’s correspondent about cooperation between the emerging Baltic-Black Sea platform and the European Union, Viktor Yushchenko pointed out that we are witnessing the failure of Europe’s security policy. In particular, the world has forgotten the principle of territorial integrity laid down in the Helsinki Accords. On the other hand, Petru Lucinschi emphasized that four out of those who signed the memorandum represent EU member states. Therefore, it is a question of more effective cooperation, not of rivalry.

Iryna Vereshchuk, president of the International Center for Baltic-Black Sea Studies and Consensus Practices, announced that work was beginning to draw up conceptual decisions in the political, economic, humanitarian, and security spheres, and there would be free access to the discussion and the results.

By Anastasia RUDENKO, photos by Ruslan KANIUKA, The Day