Really, why should we be interested in the faraway and small African nation of Rwanda? A country that would be still little known in Ukraine, if it were not for the recent Davos blunder when Petro Poroshenko’s meeting with Donald Trump was canceled because the US president preferred to hold talks with President of Rwanda Paul Kagame.

In the history of each country, there are stages to which a patriotic politician should look for in order to find that which can be useful to their own country, can help answer the most painful questions. In Ukraine today, there are two such especially painful issues:

- absence of a national de­ve­lopment strategy and as a component of it, an increasing gap between the authorities and the bulk of the population;

- liberation and reintegration of the occupied territories.

The history of Rwanda was no less dramatic than what Ukraine is living through.

Over a 100-day period in 1994, two principal ethnic groups of Rwanda – the Hutus and the Tutsis – beat to death and butchered almost one million people on both sides. One can find descriptions of those atrocities and barbaric actions on the Internet. The UN withdrew its peacekeepers from there, as if saying that the locals needed to deal with their own problems themselves.

And then in 2000 (six years later), a new president came and said: forget everything that has happened, forgive each other, forget about the Hutu and Tutsi labels, we Rwandans are one, and we must build a new country together. And they believed him. There was no other alternative. The president offered them a future. Because it is precisely that which can unite people. Niccolo Machiavelli said: “Do not put forward modest plans, for they cannot excite the soul.”

Kagame proposed to build a new country, based on an “intellectual economy” which relies on two pillars: the service sector and the IT industry. 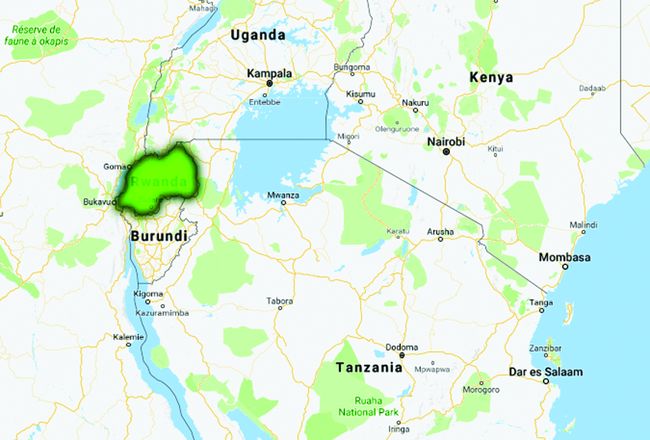 The goal is to turn the country into a high-tech regional hub. This is despite it being located in Central Africa, in the jungle. They plan to connect all the villages to the Internet.

There is no oil and gas in Rwanda, no rich natural resources. But the president has managed to create a more powerful resource – the people’s belief in their future. They have come to believe him, because they have not only heard beautiful words, but have also seen concrete actions. Although not all of them will necessarily please us.

Our democrats claim that one should not impose one’s ideology on anyone. What would have happened to that godforsaken jungle country that had just lived through a mutual massacre if its authoritarian president had not imposed on the population his vision for its further development?

These same democrats claim that the authoritarian regime is contrary to the mentality of Ukrainians. But are 365 so-called parties in line with our spirit? This also applies to the world’s highest rate of economic decline, the fourth highest mortality level, youths becoming disappointed in their future in this country, and neighbors expecting territorial aggrandizement at our expense... And the fact that according to the high-growth scenario of the UN forecast, there will remain just 26 million of us by 2100. Is this in line with the famed Cossack spirit? We have to pay such a price for... For what? Let all the people die, so that some principles will prevail? Will it be at the cemetery of our people? To adhere to one’s principles is good and noble, but it can turn into a crime under extreme conditions.

Kagame, the new president, has turned out to be a faithful follower of the famous statesman Lee Kuan Yew. He has imprisoned notoriously corrupt officials: ministers, legislators, acquaintances, and friends. He has also strengthened the police through high salaries, modern equipment, and discipline, and now it is safe to walk around the capital city even at night. Kagame has prohibited the opposition’s activities, imprisoning some of its members and forcing others to leave the country. He has forbidden mentioning the recent tragedy and the fact that some Rwandans are Hutu, and others Tutsi. The bureaucracy has been cut to a fraction of its former size. He has also forbidden any interference with doing business. In terms of investment attractiveness, Rwanda has become the second best in the world after New Zealand. As one businessman said, “...investors are coming to Rwanda through every window and door.” Inflation stands at 3.5 percent. Therefore, international financial organizations are very supportive. The nation has started to invest a lot of money in education, and every student has got a computer of their own, even if a simple one. Each village has its own medical worker, and medicines are delivered by drones to distant villages in case of urgent need; 90 percent of the population have a state health insurance policy that guarantees them free primary health care; 93 percent of children are vaccinated.

As a result, life expectancy, which can be seen as the main indicator of a government’s success, rose from 48 years (which is normal for Africa) to 67 years (!) in 2017.

Every last Saturday of the month, all the inhabitants of the country go out to clean up cities and villages. Sizeable areas have been turned into nature reserves. Now that the country is clean, safe, and beautiful, tourists have started coming there and already account for up to half of Rwanda’s GDP.

The state actively helps to build up the appropriate service infrastructure: roads, hotels, airports. Poverty has dropped from 40 percent to 16 percent. The GDP of the country has increased fivefold over 17 years.

And all of this has been done without loudly proclaiming reforms to the whole world and without any outside actor forcing them to do so. Kagame enjoys a solid support in the parliament, where 64 percent of the seats are held by women.

Also, Rwanda was accepted as the 54th member of the British Commonwealth of Nations in 2009, despite it being a Belgian colony in the past.

But poverty still exists, as does inequality. Censorship is harsh. The opposition is persecuted. Criticizing the president is effectively impossible. The methods used are non-European. According to a presidential decree, all villagers are required to wear shoes.

Kagame is open about his lack of belief in western democracy. But the striking successes of the country have made Bill Clinton, Tony Blair, and Bill Gates into his friends. The previous UN Secretary-General Ban Ki-moon expressed the hope in May 2016 that “other African countries will follow the example of Rwanda.” And on January 29, 2018, Kagame was elected president of the African Union.

It took them 17 years for all these achievements (I would like to remind you that Ukraine has already celebrated its 26th independence anniversary). The mechanism of this has been a firm authoritarian government.

David Ben-Gurion once said: “I do not know what my people want, I know what they need.” People are not interested in the form of government, but in its outcomes for the masses. Kagame received 93 percent of the vote in the presidential election held on August 4, 2017. He still has seven years left in power. By the way, the term of our next president should end in 2024 as well. And if we will still be dissatisfied with our situation then, why not invite an African with 24 years of presidential experience?

But what was it about Rwanda that got Trump interested?

I am sure that long before the Davos forum, Trump knew nothing about Rwanda, not even where that country was located. But when preparing for the Davos appearance, he tasked his advisers with finding an interesting and useful leader to meet. The advisers chose not Asia, not the Middle East or Latin America, but Africa. Why did they choose Africa? This can be explained as well. UN Secretary-General Antonio Guterres told the summit of the African Union (55 countries) in Addis Ababa (Ethiopia) in January this year that Africa was key to solving global problems. But why did they choose not some influential country, like Angola, Kenya, or South Africa, but the small Rwanda with its 12 million people, squeezed between its big neighbors?

Field commander Kagame, who was formerly a military intelligence officer and received his military education in the US, has broken down the traditional African tribal, clan-based system of social relations. More precisely, he is breaking it down as we speak. The president is relying on the people’s trust to turn a poor landlocked country with no substantial natural resources and 90 percent of its population working in agriculture into what is already called, if a bit prematurely, the “African Singapore.” However, Singapore and Malaysia are already history.

The US has no interests in Rwanda. There are no large American companies there, and no military bases are planned. There are no political interests either. We will not find answers to our question by looking into these matters. Evidently, there are two possible answers.

The first lies on the surface: Kagame has become president of the African Union, while almost all the global interests of the US are concentrated in Africa. Above all, the Americans need the continent as a battlefield in their quest to stem the expansion of China. Therefore, they need to have a good, and better yet, close relationship with the African Union. Especially since China believes so as well.

The second answer, which is the main one, in my opinion, is related to the nature of Trump himself. Trump, who has been displaying a rather special attitude towards Africans, has seen in this African leader a kindred spirit. Both prefer the authoritarian style of management. Moreover, they are prone to dictatorship (George Soros said that “Trump is a potential dictator”). Both single-mindedly pursue their objectives and use every tool at their disposal to attain them. They believe that it is the success, the result that counts. As a businessman, Trump cannot help but wonder how Rwanda has managed to do it. Unexpected success is attractive. And the president of the most powerful country in the world has taken an interest in a person who is making his country leap from the Middle Ages to the postmodern world. What could the president of Ukraine offer to get him interested?

Ruslan Harbar is director of the Center for African Studies