Why do Ukrainian oligarchs go to law in London? Recently, it has become known that former Lord Chief Justice of England and Wales Lord Woolf has been ap­pointed head of a new court of arbitration in Kazakhstan, as re­port­ed by the British newspaper The Times. The court was established as part of a modernization program involving the Astana International Financial Centre, with a view to make it the leading financial centre in Central Asia. Along with Woolf, eight other British judges and lawyers will work in the country.

According to the media, it will have a first-tier court and an appeal court, on which Lord Woolf will occasionally sit. Initially much of the work will involve training the local judiciary and lawyers. It will deal with commercial and contractual disputes, in particular international ones, on the basis of the British law, and will be completely separated from the judicial system of Kazakhstan.

Woolf has said that it is the first such court in Eurasia, and given that China is building a new Silk Road that goes right through the country, the court could do well. “The president has shown vision in creating this financial centre. He wants the world to see English common law being applied in this country and not just in the capital, but to radiate throughout society in years to come as an example of how business should be done and justice done,” Lord Woolf was quoted as saying by The Times. 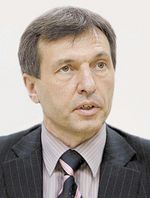 Candidate of Law, senior research fellow at the Koretsky Institute of State and Law of the National Academy of Sciences of Ukraine Mykola SIRYI commented for The Day on the Kazakh initiative by saying that “this is a testimony to a certain openness, a step that demonstrates that Kazakhstan seeks to become more integrated into the international economic system, including steps to integrate the legal system of Kazakhstan. These actions should be welcomed.”

Taking into account the fact that relations between Ukraine and the UK have rather deep roots, which reach back to the time of Kyivan Rus’, and that The Day’s editor-in-chief Larysa Ivshyna has repeatedly emphasized the deep-rooted ties between our countries and called for Ukraine to become the Britain of the Slavic world, we asked the expert whether Ukraine should follow Kazakhstan’s example and create a similar court.

“Our situation is special in that we, as of today, are integrated into a wide range of international legal economic instruments much more than Kazakhstan. Ukraine has signed an Association Agreement with the EU and this agreement provides for a huge list of mutual obligations. Ukraine is a member of the World Trade Organization (WTO). The whole system of GATT and WTO standards extends to Ukraine. In principle, there are enough tools in Ukraine which we need to apply better. It is another matter that the use of such instruments involves the implementation of high-quality reform steps within this country. It is not enough to introduce some international legal instrument, it will only work efficiently when the structure, economic management, the legal system of the country have qualitatively changed and it integrates into the world with the right parameters and standards. Unfortunately, we are not seeing this in Ukraine so far. Let us hope that time will come for these changes,” Siryi noted.

According to him, there are a number of reasons for the British justice system being so highly trusted and so many controversial issues being resolved precisely in London.

“The UK legal system more accurately describes economic processes and social phenomena through legal instruments. Unfortunately, legal systems of other countries allow for a high level of populism, inadequacy, and distortion in legislation. They focus on internal politics and thus limit themselves. The English law is the least politicized one and has good instruments for proper, adequate description of the real events occurring in economic life. That is why it works best, which has been confirmed for many years. Accordingly, economic actors around the world believe in it working well and stipulate, when establishing enterprises or launching some activities of their companies, that in the event of a conflict, it is to be resolved according to the English law. This practice is quite widespread and contributes to the increase of the authority of British courts,” our interlocutor said.

At the same time, Siryi believes that the Ukrainian legal system is still in a transitional state and its underlying foundations look hybrid. “There are many fundamental provisions that are already bringing us closer to modern civilized market economies, but at the same time there are many other provisions that pull us in the opposite direction. Therefore, we need to reformat, upgrade, and modernize the legal system as soon as possible so that it conforms to the best European and world standards in terms of content and quality,” he added.