“For the first time in Ukrainian history, I decided to take part in a trial. It is unprecedented for a sitting president to do it in person,” President of Ukraine Petro Poroshenko said recently when declaring his readiness to testify in the Yanukovych case. And it should be said that he surprised a lot of people with this statement, because Poroshenko presented the fact of his testimony as if it was his own initiative. Let us recall that the trial is dealing not with the mere allegations of high treason having been committed by Yanukovych, but with a series of tragic events: the massacre of Maidan protesters followed by the Russian intervention in Ukraine, the occupation of parts of its territory and, ultimately, thousands of deaths.

The president also expressed dissatisfaction with the slow pace of the investigation. According to Poroshenko, it ought to achieve greater results in four years. However, was not it Poroshenko who did everything to ensure that the Prosecutor General’s Office is led by his ally Yurii Lutsenko, even though the legislation needed to be revised to allow it? This really was unprecedented, because a person without legal education was appointed to the non-political position of the prosecutor general in this country. 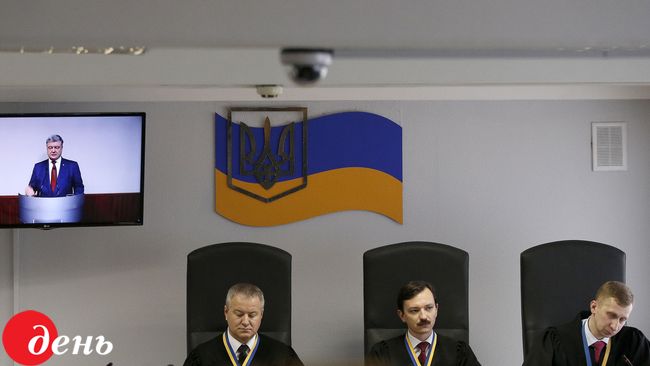 Poroshenko surprised everyone even more when prosecutor Ruslan Kravchenko said in the morning of February 21 (on the day when he had to testify) that the president could not come to the Obolonskyi District Court of Kyiv and would testify through a video link. Kravchenko said, among other things, that a letter arrived to the prosecutor’s office from the Presidential Administration which stated that Poroshenko’s personal presence in court would require additional security measures, namely “observing the proper procedure for maintaining public order, bringing and carrying in personal belongings and enacting preventive measures to counteract criminal attempts.” Kravchenko also explained that Poroshenko would not be able to be physically present in court in connection with the “fulfillment of the presidential duties,” and then added that during the examination, the head of state might be distracted by urgent phone calls. In fact, such explanations appear to be more like excuses than an adequate justification for the absence of the president in court. This gave rise to a comparison between the format of Poroshenko’s testimony and Yanukovych’s mode of participation in this trial: the latter also testified remotely, albeit for other reasons. Yanukovych’s lawyer Vitalii Serdiuk immediately took advantage of the situation and said that it was “a shame for the president not to appear and testify in person.” Indeed, the Presidential Administration, which had made a major effort to advertise Poroshenko’s court examination, now acted irrationally and inconsistently. The penchant for PR stunts wrong-footed the president, and journalists who joined in ironic criticism of heightened security at the court (which is a completely justified procedure) clearly played into the hands of the ex-president’s lawyers. 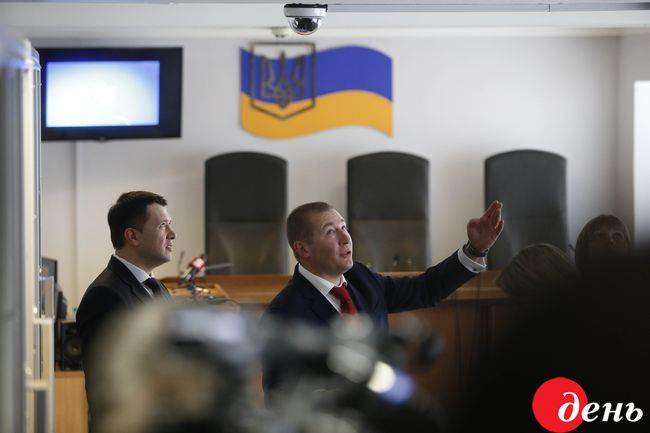 Before the examination of the president, the prosecution showed the court a video of Poroshenko’s arrival to Crimea on February 28, 2014. The prosecutor explained that the record showed Poroshenko personally arriving in Crimea without bodyguards on February 28, 2014 and trying to resolve the conflict which had been provoked by Russia. According to Poroshenko, he did it at the request of Oleksandr Turchynov. However, it should be noted that both Poroshenko and other politicians traveled then both to Crimea and to the east of Ukraine, where the situation was also worsening. In his capacity as a presidential candidate, Poroshenko himself claimed then that “terrorists only understand the language of force,” thus increasing the support for himself as a potential future commander-in-chief. However, shortly after he took that high office, Poroshenko announced a 10-day truce, the seized administrative buildings were never cleared, and he never declared martial law. 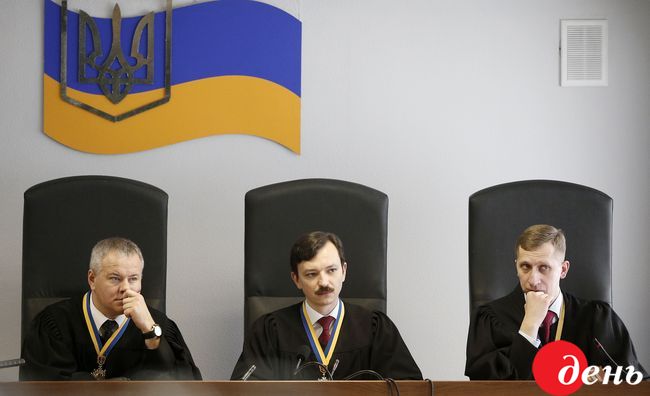 From the very beginning, Yanukovych’s lawyers decided to draw Poroshenko into explaining how he understood the moment of Yanukovych’s “abandonment of the office.” How could this action be interpreted? Poroshenko avoided interpreting this term. In this way, the accused party’s defense team tried to transform the examination into a dispute about the legitimacy of the current government. Poroshenko explained that the relevant resolution of the Verkhovna Rada did not deprive Yanukovych of the office of president. The court stopped examination of President Poroshenko early, arguing that the questions asked by Yanukovych’s defense team had nothing to do with the present case.

By Valentyn TORBA, photos by Ruslan KANIUKA, The Day