What is behind the efforts of the US administration to accuse the FBI and the Department of Justice of bias? The US is engulfed in yet another scandal, this time centering on the release of the classified Nunes memo, which accuses top officials of the FBI and the Department of Justice of exhibiting bias in the early stages of the probe into the links between the Trump team and Russia and the latter’s interference with the election. American media described the release of this document like this: “The Nunes memo: a blow to the FBI or a victory for Vladimir Putin?”

In particular, the document says that federal law-enforcement officers exceeded their authority when they applied for permission to institute surveillance of Donald Trump’s former campaign adviser Carter Page. In addition, the memo, signed by Devin Nunes, who serves as chairman of the House of Representatives Committee on Intelligence and prepared this document, argues that high-ranking government officials mostly aided the Democrats.

According to the text of the memo, it is based on information from the so-called Trump Dossier, compiled by former British intelligence officer Christopher Steele. The dossier allegedly was commissioned by the campaign headquarters of Trump’s presidential rival, the Democratic Party candidate Hillary Clinton.

It is interesting that the US administration went ahead and published this classified document despite the warnings received from Director of the FBI Christopher Wray. In particular, according to the media, President Trump approved the release of the memorandum on February 2 without any edits. 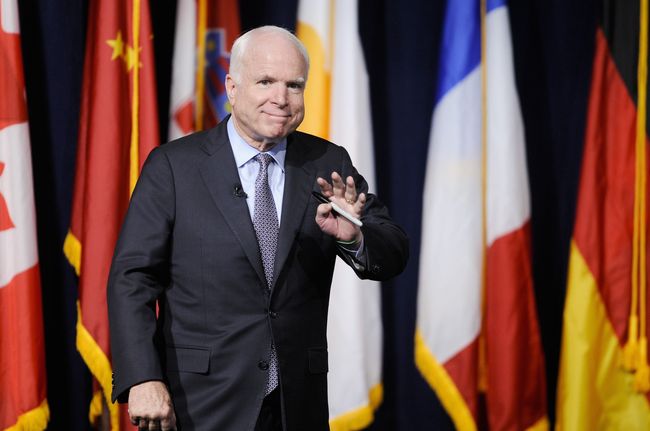 THE PUBLICATION OF THE MEMO WAS SHARPLY CRITICIZED BY CHAIRMAN OF THE SENATE COMMITTEE ON ARMED FORCES JOHN MCCAIN. IN PARTICULAR, HE SAID THAT “THE LATEST ATTACKS ON THE FBI AND DEPARTMENT OF JUSTICE SERVE NO AMERICAN INTERESTS – NO PARTY’S, NO PRESIDENT’S, ONLY PUTIN’S” / REUTERS photo

At the same time, the resident of the White House called the investigation of his ties with the Russian Federation “an American disgrace.” “The Russian Witch Hunt goes on and on. There was no Collusion and there was no Obstruction. This is an American disgrace! The report on abuses committed by top leadership of the FBI and the Department of Justice in investigating the ‘Russian affair’ totally vindicates the Trump team,” Trump wrote on Twitter.

The publication of the memo was sharply criticized by chairman of the Senate Committee on Armed Forces John McCain. In particular, he said that “the latest attacks on the FBI and Department of Justice serve no American interests – no party’s, no president’s, only Putin’s.”

The intelligence experts also share that opinion. They point out that all this reduces the trust in government institutions, and thus weakens the US.

“We have to remember what Putin’s goal in this whole endeavor was. It was at its core to divide the American people and pit us against each other,” Ned Price, a former CIA agent and NSC spokesperson under president Barack Obama, told the Voice of America in an interview. “This is exactly what he had hoped for and it has succeeded beyond his wildest expectations,” he said pointing to the memo. “This is exactly what Putin had in mind.”

Meanwhile, former FBI Director James Comey commented on the decision of Trump to declassify the memo as follows: “That’s it? Dishonest and misleading memo wrecked the House intel committee, destroyed trust with Intelligence Community, damaged relationship with FISA court, and inexcusably exposed classified investigation of an American citizen. For what? DOJ & FBI must keep doing their jobs,” he posted on Twitter.

The Day’s experts comment on the situation surrounding the release of the memo which accuses high-level officials of the FBI and the Department of Justice, as well as answer the question: why did the US administration take this step, and what consequences it can have? 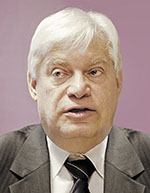 “It means that Trump is trying to derail the investigation into his campaign associations with Russia by Robert Mueller and to undermine the integrity of the FBI and other intelligence organizations as well as the Justice Department. But the memo, despite Trump’s mendacious claims, does not vindicate him at all and represents an unprecedented and fake redaction of classified material for domestic political use. It does not prove that the FBI is or was prejudiced or acting unconstitutionally because it consists of selected quotations from a 60-page document. It also makes assertions that are not true. Essentially this looks like the action of people who are trying to hide the truth by muddying the waters.

“I don’t know why the sanctions were not imposed but it is clear that Moscow’s reaction was scorn and derision at American confusion and weakness. Moreover this too creates the impression that Trump, as Moscow wanted during the 2016 campaign, is trying to prevent sanctions. Whether or not that is the case, this certainly gives the impression of collusion. He needs to make clear that there was and is no collusion.” 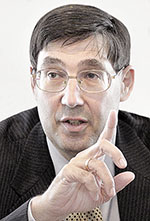 “The Nunes memo is the latest issue in the partisan fight between Trump and his critics relating to the peculiar contacts between the Trump team and the Russians during and after the US presidential elections. While Trump is wrong to say the memo totally vindicates him, it does pose a problem for his critics and for senior FBI officials, because it makes the documented claim that their request to investigate a Trump campaign aide was not properly handled and based on the Steele dossier, which was funded by Trump’s opponents.

“While all this influences the environment in which policy toward Russia is made, it is hard to connect it to the sanctions list. Leading experts like Dan Fried and Anders Aslund have justly criticized the list; but the Treasury Department has already issued a public statement noting that there is another, secret list and that our policy is better than the public list indicates.” 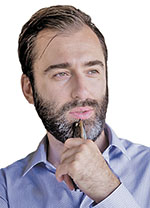 “The background for this memo is too complicated to explain in a few sentences and that may actually be its purpose: to obfuscate and to cast doubt on the ongoing Russia investigation against Trump and his team and to try to discredit special prosecutor Bob Mueller and his team, and, in fact, the entire FBI. The memo was drafted by Republicans in Congress and purports to show that the investigation started as a result of certain FBI agents’ anti-Trump bias, citing the so-called ‘Steele Dossier,’ as the main piece of evidence. The dossier in question – research on potentially discrediting activities by Donald Trump, was in fact first commissioned by Republicans during the primaries, and compiled by Christopher Steele, a veteran British investigator, much respected in Washington. It was later picked up by Democrats, after Republicans lost interest. The Democrats are now trying to push for the release of their own memo, in response to it. It has to be noted that the FBI – including its director, a Trump appointee – has been adamantly opposed to this unprecedented release, citing security concerns in making public facts listed in the memo.

“In my opinion, the memo not only does not vindicate Trump, but adds further fuel to the fire of suspicion that Trump and his team have been obstructing justice in the investigation during this whole time. As has been pointed out by experts, a paragraph on the last, 4th page, of the memo, states a different purported reason for the launch of the investigation than the one provided by Republicans all along. This makes the memo seem like a muddled effort and is probably part of the reason why several members of Trump’s cabinet, reportedly Kelly among them, were opposed to its release. In my opinion the memo is not worth the paper it’s printed on and may be a very thinly disguised attempt by Trump and his acolytes to prepare for the sacking of key personnel at the Justice Department, and possibly even Mueller himself.

“If Trump uses the memo to fire Mueller, we may be facing a constitutional crisis but to predict anything that far ahead with Trump, who generates a scandal a day, is a losing proposition. There are recent signs that his popularity may have gone up (from 39 to 42 percent) as a result of a very strong and booming economy but that is a very unreliable metric.”