“The next goal is to build up the pressure of sanctions”

What does the unprecedented expulsion of more than 100 Russian diplomats mean? This week the world has shown an unheard-of solidarity with the UK in connection with Russia’s likely complicity in poisoning the former spy Sergei Skripal and his daughter Yulia – about 20 countries expelled over 100 Russian diplomats (as we were going to press, the exact number was 139).

At first, a decision to this effect was made in the European Union: Donald Tusk, President of the European Council, announced that 14 EU member states had joined the initiative. “Additional measures, including further sanctions within the common EU framework, cannot be excluded in the coming days and weeks,” Reuters quotes him as saying. In particular, the number of Russian diplomats was reduced in the Czech Republic, Denmark, Estonia, France, Germany, Hungary, Italy, Latvia, the Netherlands, Poland, Romania, Spain, Sweden, and Finland, CNN reports.

Following the EU, the US took a similar step, giving 60 diplomats a week’s notice to leave the country. Besides, the Russian consulate in Seattle will be closed. In Canada it was announced about the expulsion of four Russian diplomats and the denial of accreditation to three. DW quotes Canadian Foreign Minister Chrystia Freeland as saying: “The four have been identified as intelligence officers or individuals who have used their diplomatic status to undermine Canada’s security or interfere in our democracy.” Australia is going to expel two diplomats, while New Zealand says they have no Russian agents, but if there were some, they would also be expelled.

Ukraine has also made a similar decision. According to President Petro Poroshenko, this was announced “synchronously and in coordination at 3 p.m. Brussels time, or at 4 p.m. Kyiv time.” “I am sure that the expulsion of 13 Russian diplomats from Ukraine will strengthen our security and dash the efforts of the fifth column to destabilize the domestic situation in Ukraine,” he said. In the head of state’s words, diplomatic presence has long been reduced almost to zero – “to the critical minimum that allows us to care about our citizens held hostage in Russia.”

This stirred up discussions about whether or not this step of Kyiv was reasonable. The Russian president’s spokesman Dmitry Peskov has already said Russia will be guided by the principle of reciprocity when taking retaliatory measures. At the same time, it should be taken into account that some Ukrainian citizens, including political prisoners, still remain in the neighboring state – they need support and help from our diplomatic representatives.

Commenting this, Iryna Herashchenko, First Deputy Chairperson of the Verkhovna Rada of Ukraine, noted that the expulsion is a right decision, a political signal of solidarity to our European partners. “Freeing the Kremlin’s political prisoners depends on Putin alone, not on consuls. At the same time, support and help from consuls is perhaps the only support our political prisoners receive and are aware of. Given a complete isolation, a ban on being visited by and communicating with relatives by phone and by correspondence, the absence of the Ukrainian press, TV, and books, a consul’s visit, at least once in several months, is perhaps the only link with Ukraine, a signal that the fatherland is struggling for them. Consuls will find it more difficult to contact the political prisoners, for it is obvious that Russia will be revenging itself. But we have the right to demand that the world increase pressuring Russia into releasing our captives,” she wrote in Facebook.

Speaking at the British Parliament, UK Prime Minister Theresa May said it is “the largest collective expulsion of Russian intelligence officers in history.” “Today’s actions by our allies clearly demonstrate that we all stand shoulder to shoulder in sending the strongest signal to the Kremlin that Russia cannot continue to flout international law and threaten our security,” the head of government emphasized.

At the same time, ex-US ambassador to Moscow, Alexander Vershbow said to Newsweek: “If you’re really going to hit Putin’s power base, you have to go beyond the expulsion of some diplomats and spies, who can be replaced. I think what is needed is to include some of these targeted sanctions that single out Putin’s cronies for sanctions in terms of limiting their access to international markets, possibly banning their travel, pressing for more transparency about the sources of their wealth.”

“It was the most stinging rebuke of the Kremlin since the expulsion of Russia from the G8 in response to the invasion and annexation of Crimea,” Politico writes. “A united West showed itself sufficiently fed up with a pattern of aggression and denial from Moscow to retaliate without waiting for conclusive proof of Russia’s culpability in the March 4 nerve agent attack, which left a former Russian double agent, Sergei Skripal, and his daughter, Yulia, gravely ill.”

Mariana BETSA, spokesperson of the Ministry of Foreign Affairs of Ukraine: 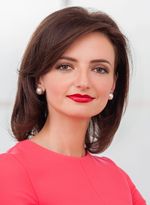 “The decision to expel Russian diplomats in connection with an unprecedented chemical attack in Salisbury in coordination with our European and trans-Atlantic partners was absolutely deliberate. Its aim is to make it clear to Russia, which only recognizes brutal force rather than the force of law, that the international community is united not only in condemnation, symbolic acts and gestures, but also in concrete actions. These measures are an instrument of pressuring Russia into returning to the international law field.

“The summoned charge d’affaires of Russia in Ukraine was given a note of protest and told that 13 diplomatic agents were pronounced personae non gratae because they had been engaged in the activity incompatible with their diplomatic status – in other words, they in fact represented Russian intelligence services. They must leave the territory of Ukraine within 48 hours. Our country is aware like nobody else of the situation in Salisbury, of the fact that it is an act of Russia’s aggression not only against the UK, but also against the values and principles of the whole civilized world. We saw an illegal occupation and annexation. The hybrid war in the Donbas is going on. This is why we believe that it is necessary to exert consolidated, coordinated, and inexorable pressure on Russia. The next goal is to build up the pressure of sanctions, both personal and sectoral, against Russia.

“I would not like to speculate about Russia’s likely retaliatory actions. We can see unprecedented expulsions of Russian diplomats all over the world. It is difficult to forecast Russia’s actions. We should not rule out either mirrored actions or asymmetrical measures, such as aggravation of the Donbas situation. Should the actions be mirrored, this will make it difficult to protect Ukrainians, including political prisoners, in Russia. At the same time, we think that the remaining number of consuls will be sufficient to afford proper protection. Of course, their workload will increase. But, in addition to the embassy in Moscow, we have several consulates general, so we hope that our consuls will continue to perform their protective functions as patriotically and effectively as they do now.

“At the same time, I must point out that we recalled our ambassador as soon as Russia resorted to illegal occupation and aggression, as well as Russia recalled its ambassador to Ukraine. We have lowered the level of diplomatic representations. Almost no diplomats are left there – there are only consuls and rank-and-file diplomats who are doing routine work, but the line of diplomatic cooperation has in fact been frozen and does not exist. There is only a consular line though which we deal with Russia about our political prisoners.”

“IT IS NOT YET THE FINALE” 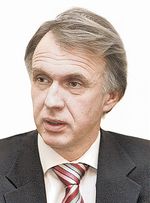 “It is an unprecedented instance in the history of contemporary diplomacy. I have seen nothing of the sort in the past 30-35 years. There have been certain actions caused by bilateral problems, but there has never been a coordinated diplomatic and political demarche on the part of so many countries and such a large number of expelled spies. I think this will go down in the history of contemporary diplomacy – and not only.

“For Russia, it means that it was shown a not yet red, but already an orange, card. For what Russia is doing abroad is really no longer acceptable to the world community. It is very good that this clear message has been sent. Unfortunately, the Kremlin’s formal reaction remains as it was in the Soviet era: we don’t know, you yourselves are to blame, and so on. But I think there are quite a few people there, who can duly analyze what is going on and draw proper conclusions.

“It is an important and perhaps not the last step. Russia has not yet come back to the situation before February-March 2014 – it has not returned the seized Crimea, has not stopped the Donbas war, and continue to meddle in Syria, in democratic process in the countries of Europe and the Americas. Of course, it is not yet the finale, but it is a very serious warning to Moscow.

“As for Ukraine’s decision to expel diplomats, it is absolutely right. For neither diplomats nor consuls can really help our prisoners of war and political prisoners even if they wished very much to do so because everything depends on the Kremlin’s will in one situation or another. Therefore, all the talk that all Ukrainians in Russia will be left to the mercy of fate reminds me of the tales of the uninitiated who do not know about the way a diplomatic or a consular service functions.

“Our action is also right because it would be political suicide to stay away from the joint position of our Western partners who support us. I am pleased very much that, even after some of our politicians said it should not be done, the political leadership still made a right decision.”