Historical nostalgia. Or is it revanchism? Recent news from Poland reminded us of historical issues in relations between our two nations. Radio Szczecin reported that the Polish Steamship Company planned to name five Polish ships after Ukrainian cities that once belonged to Poland. The first ship to come from a Chinese shipyard will be named Lwow, while the following two will be known as Tarnopol and Wilno, the latter after the capital of Lithuania.

It should be recalled that there was already a similar incident between our countries in August 2017, when Poland decided to honor the centennial of its independence by issuing new passports in which they planned to place the image of the rotunda chapel on the grounds of the Polish military graveyard in the Lychakiv Cemetery in Lviv, which is the resting place of the Poles who died during the Polish-Ukrainian War of 1918-19, also known as the Lwow Eaglets. Ukraine responded to such an initiative in a decisive manner: Polish Ambassador Jan Pieklo was summoned to the Ukrainian Ministry of Foreign Affairs (MFA) and presented with a protest note; besides, the MFA stressed that they considered these intentions as “an unfriendly step,” and stated that evaluating historical events was a matter for historians.

The Day asked experts to explain what Poland’s latest intentions indicated, how Ukraine needed to respond and what was the future of Polish-Ukrainian relations after the recent cabinet reshuffle in Poland. 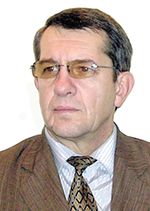 “Here, as always, there are two sides of the medal. On the one hand, they want to show respect for their historical memory, that is, for the fact that Lviv, Ternopil and other cities were part of the Polish state once. On the other hand, there is a political aspect in this issue that can be interpreted in different ways. I would not like to interpret it in political terms, but would rather associate it with nostalgia.

“For example, I am slightly pleased that the new foreign minister of Poland mentioned in his first speech that we needed to complete historical debates as soon as possible. This gives a reason to believe that the Polish side is ready for certain compromises to an extent.

“As to what the reaction of Ukraine should be, I think that we have to wait. As you can recall, there was a reaction recently to the patterns in the passports, which depicted Ukrainian territories associated with Polish history. The reaction was quite firm and it caused the Poles to abandon the plan to print images of the Cemetery of the Eaglets and Vilnius’s Gate of Dawn in passports. Therefore, I think that we have to wait a bit at the moment.

“But in principle, given how things are done in international relations, the Ukrainian side should take a stance on the issue in some way. And this stance should be moderate and practical.”

Volodymyr VIATROVYCH, the director of the Ukrainian Institute of National Memory: 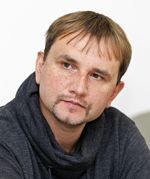 “I think that these surprising proposals will be clearly unhelpful in establishing some sort of a ‘pleasant’ Polish-Ukrainian relationship, because they rather appeal to the revanchist sentiments of Polish society. I am convinced that Poland has many beautiful cities that would proudly give their name to these ships. To do this, it is not necessary to use those cities that are now in other countries, either Ukraine or Lithuania. This will definitely be received poorly by the Ukrainian and Lithuanian public as a certain way of encroaching on the territorial integrity of these countries.

“I think that there should be a reaction of the Ukrainian diplomacy stating the unacceptability of such proposals, just like the Ukrainian MFA reacted to an attempt to place the so-called Cemetery of the Eaglets in Lviv on Polish passports.

“WE HAVE VERY ACTIVE AND AGGRESSIVE POLITICS OF HISTORY”

Andrzej SZEPTYCKI, an analyst at the Institute of International Relations at the University of Warsaw: 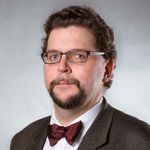 “This indicates a powerful sentiment in some milieus regarding the lost lands of the First and Second Polish Republics. It also shows that in this country, just like in Ukraine, we have very active and aggressive politics of history. But in general, it seems to me that this is not a good idea.

“I agree that to Ukraine, it looks like an attempt to steal your history, but it seems that the authors of the proposal do not think so, they want to honor what they think of as formerly Polish cities and remember the Polish history. So they do it. That is, it is not openly directed against Ukraine, I think that someone just did not think about the negative consequences of this action.

“Regarding the future of the Polish-Ukrainian relationship, there are many factors involved here. I think that it should be borne in mind that the cabinet reshuffle is not a change of government and everything is still decided by the same political force. That is, I do not think that this will have a great impact.”