Our newspaper has declared 2018 the Year of the Hetmanate. We have already published several materials dedicated to Pavlo Skoropadsky, one of the key figures of the 20th-century Ukrainian history. And it is only the beginning. Den/The Day intends to tackle this problem systemically and continuously until the end of this years (and, naturally, further on).

But there is an essential factor that at least is not conducive to a serious discussion about the Hetman. The point is that Soviet and, to some extent, contemporary Ukrainian historiography consistently marginalized what Pavlo Skoropadsky did in the seven and a half months of his rule, turning his legacy not even in a “white” but in a “black spot” of history. By no means the single example is the claim that Kharkiv was “the first capital of Ukraine” – so Kyiv, as capital of the Hetmanate and the nucleus of statehood, did not exist at all! No wonder, it is not until 1996 that the Hetman’s Reminiscences, which must be a household book for every Ukrainian politician, were published with a very modest circulation.

Moreover, you don’t need to be a profound analyst and expert to understand that it is not a result of some mistakes or oversight but a quite well-thought-out course. For, in spite of all fire and fury towards the UNR and its socialist ideology, the media still wrote about UNR leaders – of course, in a proper tonality. And whenever the Hetman was in question, it was enough to attach two or three disparaging labels, such as “German puppet,” “dictator,” or “creature of foreign landlords and capitalists.” Was it done to prevent people from knowing the genuine state-formation alternative to the UNR’s radicalism, which Skoropadsky personified? It is better to speak about romantics than about real work to build the state. Incidentally, they willingly published memoirs of “Red Cossack veterans,” such as Vitalii Prymakov, who fought against Skoropadsky, but not the memoirs of the Hetman’s comrades-in-arms. 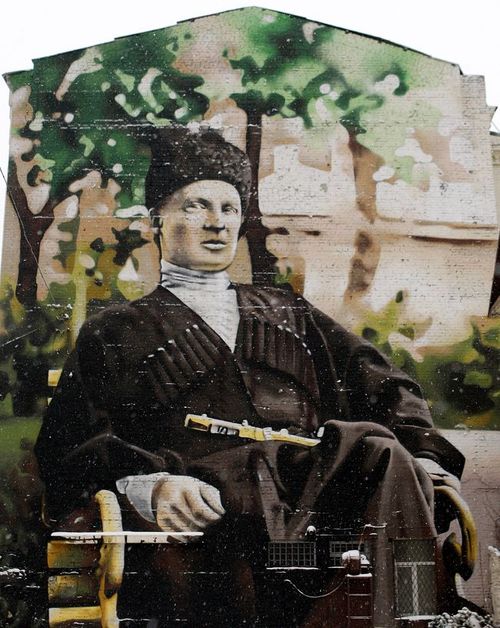 “Here’s an explanation to those who wonder why Pavlo Skoropadsky’s Hetmanate does not fit in with the single concept of celebrating the 100th anniversary of the Ukrainian Revolution,” Tetiana Ostashko writes on her FB page. “For this is not a ‘revolution,’ as Ukrainian socialists called the anti-hetmanate uprising, but the time of the formation of a true state with all the trappings. So what are we celebrating in 2018 – 100 years of the Ukrainian state or the time of ‘national self-devouring,’ as Lypynsky said?”

All of us should not forget that one must analyze the whole experience of history – not only the one we like or we think we know. Only in this case we will understand where to look for a true Ukrainian elite and why this can only be done in one way – by debunking myths and clearing “black spots.”

“THE CURRENT STATE IS BASED ON THE UNR IDEOLOGY”

“A liberal socialist tradition, which began in the 19th century and continued in the era of the liberation struggle, dominated for a long time in the Ukrainian sociopolitical thought and real political practice. The fact that at a certain moment a part of Ukrainian society created the Ukrainian State in traditional shape of a hetmanate had a negative impact on Ukrainian left-liberal and radical politicians. These figures traditionally believed that the emergence of the Ukrainian State in this format was the initiative of the so-called exploiting classes which had left the Ukrainian movement long ago and allegedly lost their national identity, and, therefore, it was not worth expecting anything positive for Ukraine from them. But it was an absolutely erroneous view. The seven and a half months of the Ukrainian State, full of extremely intensive state-formation work, showed that Ukrainian conservatism realized itself most effectively. Neither the Central Rada nor the Directory formed any stable entities that are necessary for a state to exist. Unfortunately, the Hetmanate lacked time to carry out agrarian reform, the project of which was considered one of the most democratic and progressive in the European world. But the blame for this lies not with the Ukrainian State but with Ukrainian traditional political parties which fomented an uprising against Hetman Skoropadsky and prevented him from finishing what he began. The uprising resulted in the ruination of Ukrainian statehood. And nothing was ever created at this place. The Bolsheviks came to our capital just a few weeks after the Directory had taken power. The Ukrainian State was thus buried. Meanwhile, guided by their party programs, Ukrainian socialists failed to create anything constructive and showed that they were not the real builders of the state.

A PRAYER ON KYIV’S ST. SOPHIA SQUARE ON THE OCCASION OF PROCLAIMING THE HETMANATE ON APRIL 29, 1918 / Illustration from the book The Skoropadskys: Family Album

“In 1991 a strange symbiosis of Ukrainian democratic politicians and communists came to power. The result of this combination is that we are still marling time. Since 1991, Ukrainian statehood has looked like a chimerical structure which has integrated the Ukrainian left-radical and liberal tradition with Soviet Bolshevism and had been waging a mindless struggle against Ukrainian conservatism. The current state is based on the UNR ideology which is close to the Soviet one, which, of course, leads to the wasting of the efforts of millions of Ukrainians in the struggle for statehood. We can see today that the extremely creative experience of Pavlo Skoropadsky’s Hetmanate is being ignored and the so-called Ukrainian revolution is being unfoundedly glorified, even though it led to the downfall of Ukrainian statehood.”

“Yes, I agree. This calls to mind the words of Viacheslav Lypynsky in his work Letters to Brothers-Agrarians: ‘When the leading stratum of a nation has a weak memory, a weak willpower, and a weak intellect, but is very emotional, and when it does not want to develop its memory, willpower, and intellect, the nation with such a leading stratum can have neither a political culture, nor a state life based on it. Such a nation can only ‘revive’ endlessly, stay in the phase of eternal political bubbling and spontaneous primitivism, in the phase of an underdeveloped, unrealized, and stateless nation…

“‘The main signs of a weak memory in the nation are: 1) a small development of its own history, both in the historiographic and the historiosophic part; 2) lack of historical legends; 3) lack of respect for the deeds, graves, and names of ancestors; 4) a great inclination to denationalization and all kinds of ‘changes of signposts’ among the leading stratum; 5) great sensitivity to the most absurd real conditions of national existence, alien revolutionary doctrines; and, finally, 6) weakness of conservatism, which is the result of a weak memory and lack of traditions in the past and the future. In other words, unless conservatism is strengthened, it will be impossible to strengthen memory and traditions in the given nation.’

“Proceeding from this, it is necessary not only to analyze the formation of a nation by the past and the present, but also to create the future. Politics is now only a ‘skill in populism.’

“You can’t search for logic where there is a spontaneous desire. This is why it is necessary to understand political expediency. Now the president of Ukraine is aware of a statist approach to the solution of many problems. In particular, he recommends (deliberately or undeliberately, or it is publicity, which is a different question) reading Hetman Skoropadsky’s Reminiscences. At this moment he forms political expediency. As for other leaders, it is more complicated. I find it difficult to say who can be called ‘topmost leaders’ – the executive or the legislative branch? For, under the Constitution, we are a parliamentary-presidential republic. This means that almost all the power is concentrated in parliament which is elected ‘by the popular vote.’ Hence, the function of parliament boils down to ‘struggle for the voter’ rather than to ‘struggle for the state.’ Accordingly, our elites are taking little interest in the legacy of the Ukrainian State of 1918. Only romantics seem to be active in this matter. But they are nothing compared the majority – they cannot dish out buckwheat packages (it is at least meanly).

“There is also a crucial problem of no freedom to make one decision or another. Everything is coordinated for the sake of something else. Can the current MPs be called voluntarists if they are guided by the freedom of will in their principles? Rather, they tend to interpret social fatalism in their own interests.

“The question of weak will prevents hearing the voice of conscience, honor, and reason. And a democratic republican setup does not make it possible to limit the existing system of ‘people’s sovereignty,’ again, to quote Lypynsky, ‘of his unbridled thirst for power’ which ‘allows it to rush, like that furious bull, on the line of its spontaneous impulsive desires of hatred, fear, and envy, down the line of least resistance.’

“Do representatives of our executive power fully show what corresponds to their personal duties? No. Personal interests win.

“Failure to make use of the results of our successful creative past in politics or public life is ‘the law of the dead.’

“Will the positive example of Pavlo Skoropadsky and the Ukrainian State of 1918 help? Yes, of course.

“Yet, one way or another, history can only prompt but not form the future. If you take the example of political creativity and skills of the Second Hetmanate, the usage of this requires political culture, but it is still on a low level here. And it cannot be different under the existing form of the state.”