Recently, the US Department of Defense published its latest Nuclear Posture Review (NPR), which offers an assessment of nuclear threats and the US strategy in this area. In particular, the introduction states that in the eight years that have passed since the publication of the previous review, “global threat conditions have worsened markedly, including increasingly explicit nuclear threats from potential adversaries. The US now faces a more diverse and advanced nuclear-threat environment than ever before.”

The nuclear doctrine states that the US must have “modern, flexible, and resilient nuclear capabilities that are safe, secure, and effective until such a time as nuclear weapons can prudently be eliminated from the world.”

The document also emphasizes that the US “remains committed to its efforts in support of the ultimate global elimination of nuclear, biological, and chemical weapons.”

However, the authors of the doctrine also note the following: “While the United States has continued to reduce the number and salience of nuclear weapons, others, including Russia and China, have moved in the opposite direction. They have added new types of nuclear capabilities to their arsenals, increased the salience of nuclear forces in their strategies and plans, and engaged in increasingly aggressive behavior, including in outer space and cyber space.”

The NPR draws attention to the aggressive actions of North Korea and the fact that Iran “retains the technological capability and much of the capacity necessary to develop a nuclear weapon within one year of a decision to do so.” 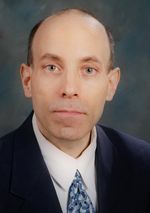 “The new Nuclear Posture Review does not propose a major spending increase on US nuclear forces. It largely continues the program of record inherited from the Obama administration regarding modernization of the triad of strategic delivery systems and the US nuclear weapons infrastructure. There are some new proposed programs – the near-term deployment of low-yield nuclear warheads on submarine-launched ballistic missiles and the possible longer-term development of a new nuclear-armed sea-launched cruise missile and a ground-launched intermediate-range missile.

“In their briefings, administration representatives justified the new programs on the need to discourage the Russian leadership from thinking that Moscow could use one or more nuclear detonations to terminate a conventional conflict on more favorable terms.

“Russian strategists do not explicitly support or even commonly discuss such an ‘escalate-to-deescalate’ doctrine. But Russia does have the capabilities to execute such a strategy. US national security officials reference it so often that their intelligence must support their views, and NATO planners considered such a tactic when they confronted a conventionally superior adversary during the Cold War in the form of the Warsaw Pact.

“However, it is unclear why having a few more low-yield weapons, albeit with different delivery systems than the dual-capable aircraft available to the United States and several NATO allies, would substantially strengthen NATO deterrence against Russia unless the European allies communicated that view, which could justify the weapons for reassuring allies and discouraging their acquiring nuclear weapons.”