The harsh reality of war This is only the first part of the project, which has already found a broad response among viewers, particularly on YouTube. Although the subject the author broaches is rather complicated, the audience reacted approvingly. The film’s author himself, who was born and raised in Luhansk, stayed behind in his native city until September 2, 2014, and saw the dramatic events of Russian aggression against Ukraine. Later on, Valentyn Torba wrote a book, I, an Eyewitness. Notes from the Occupied Luhansk, on the basis of his reminiscences and diary. The film is sort of the author’s video reproduction of his reflections on those events.

“My book, published by the newspaper Den, must only be viewed in the reference frame of two other books in the ‘Contemporary History for Dummies’ series,” Den’s journalist Valentyn TORBA says. “A prolog of sorts to it is Ivan Kapsamun’s book ‘The Trap,’ or A Case without a Statute of Limitations which tells the prehistory of the political ‘trap’ into which this country fell. My film is sort of a video illustration to the trilogy Den published as far back as 2015.”

Torba said after the screening: “I’ve brought some books and would like to gift them to the military present here. Here is the book ‘The Trap,’ or A Case without a Statute of Limitations by Ivan Kapsamun, editor of Den’s politics section. Note the phrase ‘without a statute of limitations.’ Our current problem is that we think in the terms that call us for artificial reconciliation. We think: well, OK, let’s forgive, forget, make friends, hug, and things will be all right. Do you remember, by the way, the fake photograph in the internet about how the Ukrainian-Russian border must look like? It shows people drinking, eating, etc., at the table. The killing of us begins with this illusory reconciliation. Nobody wants to ‘fraternize’ with us. They want to exterminate us, Ukrainians, wipe off our memory, and turn us into an eternal second-rate satellite. The aggressor is taking advantage of our weaknesses to this end. Therefore, we must not forget both the foreign and the domestic enemy.”

Indeed, it is impossible to find the causes and effects of the current war without sinking into history – both the domestic history and the history of our country’s relationships with the neighbor that eventually became the enemy. 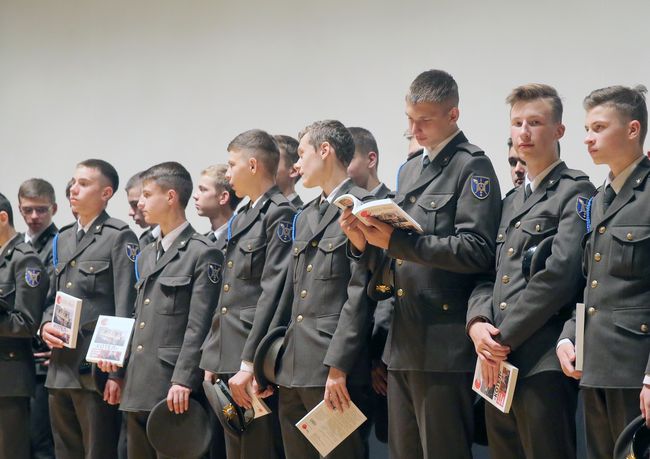 “The main conclusion for me is that this film has a cause-and-effect relation,” says Ivan KAPSAMUN, editor of Den’s politics section. “This is the most important point. For what we have in the information space today is just a picture, sometimes a conclusion, with no explanation of what caused one problem or another. And many fall for this. This film practically shows the contemporary history of Ukraine, including the way the occupation of the Luhansk region was prepared and finally carried out. The film also recalls the Holodomor period and emphasizes that our country found itself in a very difficult situation in the early 1990s because it had a postcolonial and post-genocidal society. Such difficult times require very strong efforts to build the state. But, we saw in the film that, instead of building state institutions, the leadership of this country formed a clannish oligarchic system, in which we are in fact still living. The revolutions we had can hardly be called revolutions. Society was doing very much to break this system but, unfortunately, failed to do so. For society itself is sick and was unable to organize – neither after the first nor after the second Maidan.”

Kapsamun also added: “Valentyn stayed in Luhansk to the last moment, when Russian troops in fact controlled the city. Let me tell you how he began cooperating with Den. As early as during the so-called ‘Russian spring’ in the spring and summer of 2014, Valentyn’s biting and meaningful posts and blogs in Facebook, where he described what was going on in his city and region, drew the attention of Den’s editor-in-chief Larysa IVSHYNA who invited him to contribute to our newspaper. He agreed, and then, on the chief editor’s instructions, I came into direct contact, as I edited many of his texts. We thus began to receive on-the-spot information and analyses of events. Later, when it became dangerous to stay on in Luhansk, Valentyn had to leave the native city. He moved to Kyiv, and the newspaper offered him a job on the staff.

“In 2015 Den prepared a trilogy of books compiled by me (‘The Trap’), Torba (I, an Eyewitness), and Maria Semenchenko (Catastrophe and Triumph). The first is about why this country got into a ‘political trap’ on the example of high-profile murders of Yevhen Shcherban, Borys Derevianko, Vadym Hetman, and, as the apotheosis of the system, the attempt on the life of Oleksandr Yeliashkevych, the attack on and kidnapping of Oleksii Podolsky, and murder of Georgy Gongadze. Consequentially, the second book is about the living and dead heroes who went to war in the east and covered with their bodies the mistakes politicians had made.

“To launch Den’s books, we in fact traveled all over Ukraine, doing the educational work the state is normally supposed to do. The film Luhansk: Occupation is a very serious work. Valentyn in fact adapted to the screen what Den had been writing about for many years. I wish my colleague success and want as many people as possible to watch it because, before occupying our territories, the Kremlin ‘occupied’ people’s brains. To ward this off, one must know contemporary history on the basis of the Den’s Library and the presented film.”

“This is really a story that touches one on the raw, and I would like the people who have nothing to do personally with our Luhansk region to watch the first and the next parts of the film,” civic activist Maryna ZOLKINA said during the film presentation. “I am often asked, because of my work, why certain decisions are not made. All I can do is give a not-so-professional explanation of why we show this kind of reaction to this procrastination. In my view, this happens because those who must, by force of our choice, make decisions are indifferent. You, Valentyn, are not indifferent. You, as a journalist, a writer, and a person who makes no decisions, are not indifferent. So where should the central authorities draw strength to regain the temporarily occupied territories? Where is the source of the strength that will help us achieve this?”

“In my opinion, our first source of strength is to be able to understand that the war will never end,” Torba answered this question. “Terrible words indeed, but we are now in the state of a permanent war. And if we try to persuade ourselves that things will be different, we will be wrong. Things won’t be different. They were not different 300 years ago and even earlier. The war is permanent, and it did not begin in 2014. We were being exterminated and manipulated in 1933 and well before that. And, instead of forming state institutions, the authorities palmed off certain individuals upon us, who were just ruining these institutions, ruining the groundwork for the restoration of our statehood. And why are governmental officials indifferent? Let me say an objectionable thing: I am convinced for some reason that the political elite seems to be feeling good even without Luhansk, Donetsk, and Crimea.”

“It was about the Ukraine-Russia border,” civic activist, journalist, and political scientist Oleksii PODOLSKY said after watching the film. “The first negotiations on this matter, in which I took part, began in 1995. Before that, we and Russia had never negotiated the border question. I was a diplomat at the time and first came to Luhansk, when we were trying to persuade the leadership to follow the Estonian way. I took part in the closed-door negotiations about the Black Sea Fleet, as well as in the talks about gas with participation of Lazarenko and Turkmenistan. I finally saw that our leadership was the No. 1 traitor, that the agent of Russia, who was selling our state out, was the head of our state. So I, chief of the Russia department of our Foreign Ministry, deliberately joined the opposition to Kuchma. I was busy writing, running around, keeping a secret print shop, and so on. All this resulted in the Gongadze case. You should know that Gongadze and other like-minded people also participated in this. Do you remember Yeliashkevych? And Yurii Orobets? Many of them have already passed away. I am a person who took part in all of this and saw everything with my own eyes. Do you remember the Black Sea Fleet negotiations, when Crimea was being surrendered for a gas bribe? Such entities as RosUkrEnergo were a feeding trough for the families of our presidents. Torba was right to say that the war will go on. The film is about this, about how cynically Crimea and the Donbas were surrendered.”

The author also plans to show the film in Sievierodonetsk, Luhansk oblast, which was lucky enough to be liberated as far back as the summer of 2014.

By Volodymyr KOSTYRIN. Photos by Mykola TYMCHENKO, The Day