All of Ukraine represented at a photo exhibition

By Ivan ANTYPENKO, The Day, Kherson, photos by the author
Why I participate in the annual Den’s International Photo Contest

I had good fortune to get acquainted with Den’s International Photo Contest when it was in its solemn stage, that is, the award ceremony for the winners. It is held annually in late fall.  Well-lit hall, live music, living legends of Ukrainian culture, journalism, and politics in attendance and... a few hundred beautiful photos. It seems that you can stand for hours peering at any single picture, pondering over its contexts, explicit and hidden meanings. But one wants to see all the works and find out who has received the Grand Prix. Therefore, people pass around the hall several times, choose their favorite and immerse themselves in the festive atmosphere. Hundreds of stories are on display at the photo exhibition. They include wonderful Ukrainian landscapes, portraits with a strong character, depicting mine and factory workers as well as government officials and presidents, and lucky takes on all the key events that took place in this country over the past year.

Here I realized that the winners of this contest were selected in a special way. As Den’s editor-in-chief Larysa Ivshyna said, they chose for the exhibition “those pictures where there is something more than just a photo.” She meant emotion, look, occasion, color, symbolism, mood, and personality...

I first took part in Den’s photo contest not as a spectator but as an author in 2016. I selected a series of photos taken during my trips along the border of Kherson Region and Crimea, sent them to the organizers, and then suddenly saw my picture among the winners. Among the thousands of photos sent from all over Ukraine, several hundred had been selected, and mine was among them. It was already a victory. And next year, one of my photos won a valuable gift from a partner of the photo exhibition. It was an unexpected and pleasant sign of recognition.

Of course, this contest is most valuable because of its mobility. Over its two-decade history, Den’s photo exhibition has become a people’s mobile gallery. After the initial show in Kyiv, the best photos get displayed in large and small cities across Ukraine with the support of the publication’s regional partners. More than a hundred away exhibitions have already taken place. I call it “people’s exhibition” because impressions and comments of the visitors are always emotional and highly involved. These emotions come from observing beauty, magnificence, and historicity but at the same time, inferiority complex and partial neglect present in this country. However, it is important to remember that all these photofacts should be used for reconsidering one’s ideas and correcting one’s mistakes, and not just for contemplation. In addition, Den’s photo exhibition’s tour of our provinces is always a serious cultural event. For local residents, this is also a virtual journey through Ukraine enabled by photos. It is an opportunity to see other people like oneself and explore new places, which, in fact, are very close. Just look around. Den offers such an opportunity and suggests where to look. 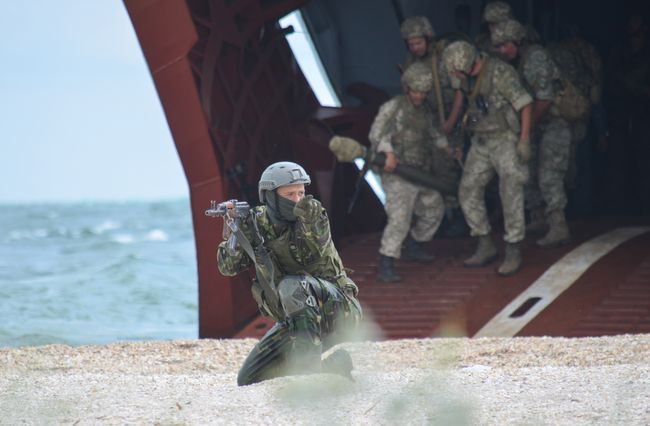 Should you ask if it is worth taking part in Den’s photo contest, I will answer “Yes” without a shadow of doubt. Personally, I have already selected a number of this year’s works and will offer them for the professional jury’s consideration. I think they will give a fair evaluation to all the participants and select the works that really deserve to get to the “front page.”

I wish all participants success! Most importantly, you should not doubt yourself.